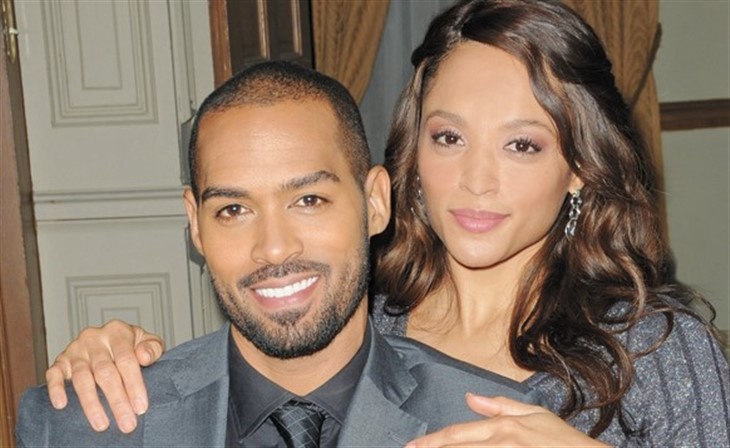 Days of Our Lives fans said goodbye to the Grants on Friday, July 1, 2022, as Lani Prince Grant was sentenced to prison and Eli Grant decided to move himself and their twin toddlers, Carver and Jules, to be closer to their mother while she served her sentence.

Although both Sal Stowers and Lamon Archey made the choice to leave Days of Our Lives, it doesn’t mean the exit wasn’t bittersweet for the actors. Although their last scenes were taped months ago, when they aired, both Stowers and Archey took to Twitter to thank the fans and say goodbye to Salem and their characters.

“What an incredible journey these past seven years have been. To all our #Elani crew and #Days fans thank you for loving and supporting us the way you did. We will miss you much, I will miss you. Xx,” Stowers tweeted alongside photos of herself and Archey with the babies who play their twins.

Archey simply wrote” “#Days fans, THANK YOU! We made a #SUPERCOUPLE & a #SUPERFAMILY #ELANI.”

Bill and Susan Hayes, who played Eli’s stepgrandfather and grandmother respectively also tweeted they would miss their extended family members.

DOOL Spoiers – Lani Price Wanted To Do The Right Thing

Although almost all of Salem was willing to keep Lani’s secret that she killed TR Coates (William Christian) close to the vest, Lani insisted on turning herself in, but expected to get a light sentence. Unfortunately, Melinda Trask had other more vengeful ideas and made sure Lani would be going away for a very long time, once again proving that Justin Kiriakis (Wally Kurth) is just not a very good lawyer.

Before Lani left, Abe Carver (James Reynolds) gave her quite a surprise when he announced he had officially adopted her, so she is now legally his daughter. With Paulina Price (Jackee Harry) and Abe now married, Lani feels like she had the parents she always wanted, but alas she will not see them as a free woman for years. Of course, the actors could always return to the soap as people get out of jail in less time than expected all the time. Stay tuned to Days of Our Lives weekdays to see how this story one day plays out.

What an incredible journey these past seven years have been. To all our #Elani crew and #Days fans thank you for loving and supporting us the way you did. We will miss you much, I will miss you. Xx 💋 pic.twitter.com/vG0pO4W0BC

#Days fans, THANK YOU! We made a #SUPERCOUPLE & a #SUPERFAMILY #ELANI ✌🏾 pic.twitter.com/sFQtIzvIpT