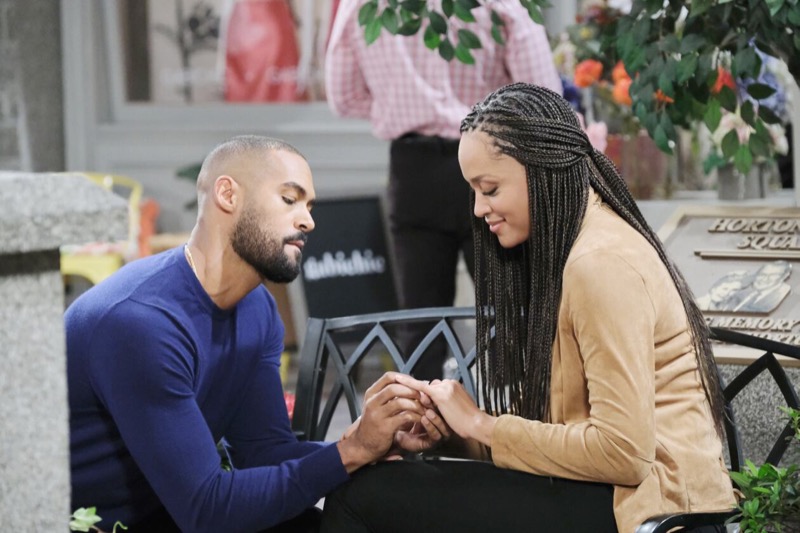 Days of Our Lives (DOOL) spoilers reveal the end of Lani Price Grant and Eli Grant now that Lamon Archey and Sal Stowers are leaving the soap.

Days of Our Lives Spoilers: So Long To Lani And Eli

It looks like Stowers and Archey have made their own decision to exit Days of Our Lives. Stowers created the role of Lani Price back in 2015 and left once before, while Archey has been playing Eli Grant since 2017.

Elani, as they are known in the Twitterverse, are one of Salem’s most popular pairs who struggled hard to be together after they tragically lost a stillborn son they named David. They later went on to have twins, Jules and Carver Grant. That’s when Lani’s entire family history seemed to blow up in her face.

Lani was introduced as the long-lost daughter of Abe Carver (James Reynolds), with her mother being his ex from the 1980s, Tamara Price (Marilyn McCoo). Of course, it turned out that Abe isn’t really Lani’s dad, and Tamara is not her mother. Instead, she is the daughter of Paulina Price (Jackie Harry) and her ex, TR Coates (William Christian).

Eli was introduced as the long-lost son of David Banning, Julie Williams’ (Susan Seaforth Hayes) late son. He is the result of David’s relationship with Valerie Grant (Vanessa Williams) in the late 1970s. Julie learned she had this grandson soon after David died.

Where Will DOOL’s Grants Go?

Days of Our Lives fans just watched the town rally around Lani and swear to never tell anyone that she is the one who shot and killed TR Coates and not Paulina. She confessed this in front of quite a few guests at Paulina and Abe’s wedding and wanted to turn herself in, but everyone there raised their hand in favor of forgetting what they heard.

Lani was not up for this and took herself to the police station anyway. She is a cop, after all, and seems to know right from wrong. Will her confession lead to her going to jail or will it be the impetus for her and Eli to leave town? We’re sure fans would like to see them have a happy ending rather than see Lani separated from her husband and babies for years to come. Stay tuned to Days of Our Lives weekdays to see how this story plays out.