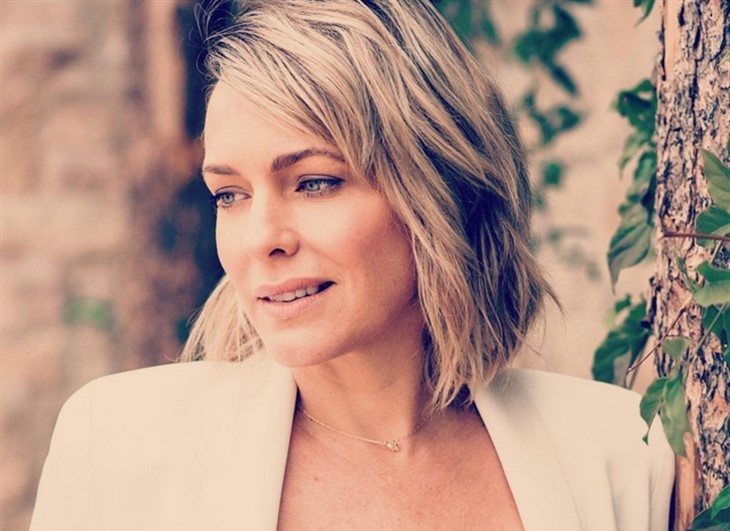 Despite her four previous nods, it stills surprised Zucker in 2022 when she saw her name was in the running once again. “There are so many great actresses,” Zucker told Soap Opera Digest. “I thought I had a decent reel and just wanted to put my name in the hat.”

Putting her name in the hat seems to have paid off as Zucker gets to prepare for an Emmy ceremony now that life is getting back to normal here on Planet Earth. “It’s going to be lovely to see everyone,” she said. “It’s been a few years now since we’ve gotten to see each other. We don’t even really get to do events that much anymore. That two-and-a-half years with COVID has shut all of that down.”

Indeed, even the Day of Days fan event held in person at Universal City Walk in Los Angeles each year was virtual in both 2020 and 2021. It remains to be seen if 2022 will allow for in-person events again.

DOOL Spoilers – What Zucker Put On Her Reel

Zucker had quite a year as Nicole in 2021 as she had to kiss her young marriage goodbye. Eric Brady and Nicole Walker had waited two decades to wed, but soon after they married, Eric decided to forget he had a wife in Salem when he took off to Africa on a humanitarian mission.

One night, a lonely Nicole got drunk and slept with Xander Cook, a man who was once her sworn enemy. When Eric learned the truth at their first-anniversary party, it was over and those scenes make up Zucker’s Emmy reel.

“I just did the one [episode] and I had to cut it,” Zucker told Soap Opera Digest. “It could only be a certain number of minutes. It was my most emotional show of the year. Greg was a guest star in those. He had just come back for a few episodes and he’s always emotionally connected with me.”