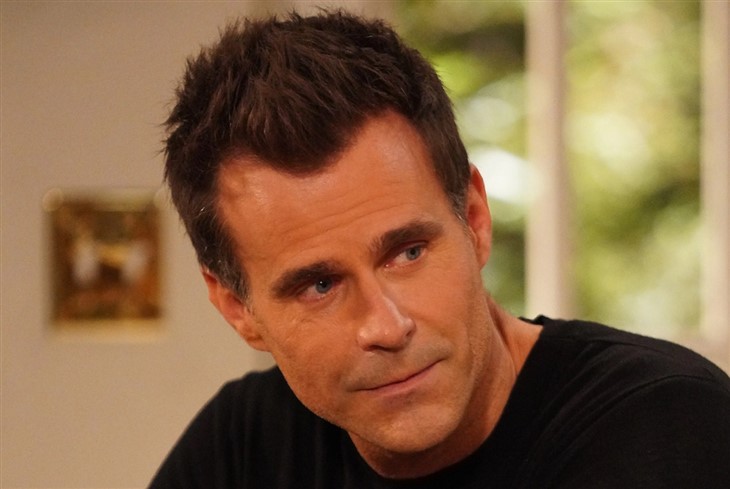 Aurora Media is expanding after the influx of cash they gained when Carly bought so many shares of stock; they actually skyrocketed, which was needed for the merger with ELQ. But now, after the ELQ shareholders’ meeting, Aurora is looking to expand again; and since both they and Crimson are involved in publishing Drew gets an idea. He’s not sure how Carly will like his idea given her unabashed hatred for Nina Reeves (Cynthia Watros) but Drew doesn’t live to please Carly and Michael Corinthos (Chad Duell).

It was Drew who founded Aurora along with Samantha McCall (Kelly Monaco) and Michael only took over running it after Jasper Jacks (Ingo Rademacher) bought part. That was after Drew was kidnapped by Victor Cassadine (Charles Shaughnessy) and presumed dead for over two years.

Drew wants to partner with Crimson Magazine and thinks a partnership would make Aurora Media reach more customers. Crimson, of course is Nina’s baby after she brought it back from the dead after Julian Jerome aka Derek Wells (William DeVry) let her have it to run it down! He thought she’d fail and he’d have a tremendous tax write off but he was dead wrong; Nina made it a rousing success with her ideas! Nina’s also an expert at making lemonade when life hands her lemons, and even turned around a bad print job into a top selling issue! That totally green issue put Crimson from the red into the green and lots of it; Drew believes in Nina and knows she’d be an asset!

Drew isn’t talking about buying Crimson out from under Nina, his proposal is to partner together as equal entities the way the two parts of Aurora once did before Jax bought the one part. Nina would still keep her business and keep her magazine and run it the way she always does. But Drew tells her that together they will be stronger in the marketplace and not competition for each other, they would complement each other.

Nina cannot say that she is not intrigued – but she wants to have some time to think about it. Drew is happy to give Nina all the time she needs, he understands it’s a huge decision; but a partnership would be worth an influx of money to her.

Nina heard about Carly buying all that stock – who could help it, Carly was bragging loudly to Olivia Quartermaine (Lisa LoCicero) at the Metro Court! Nina wondered if that was the wisest thing in the world for Carly to do, with Ned Quartermaine (Wally Kurth) and Valentin Cassadine (James Patrick Stuart) feeling pushed out! Nina still talks to Valentin now and then, since he’s also involved with Deception Cosmetics and Deception frequently interacts with Crimson. Nina is not sure how Carly would react to Drew using all that money to take her company on as a partnership even if it would be a profitable one! She doesn’t care if Carly approves of Drew’s business proposal either, but she doesn’t want a decision of hers to filter into making more trouble for Sonny Corinthos (Maurice Benard)!