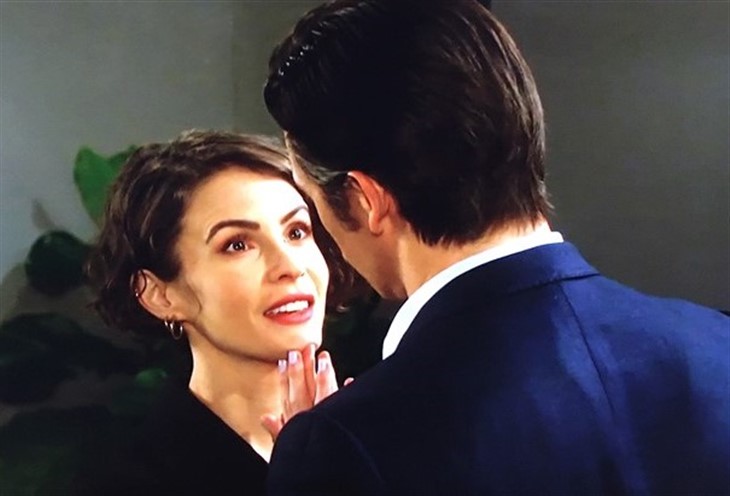 Days of our Lives (DOOL) spoilers tease that Salem has been rocked by a horrific murder, one of their own , Abigail DiMera (Marci Miller), has been murdered. The entire town is in shock and lives have been irrevocably altered.

And yet, as well all know, life goes on. Whether we like it or not. This means that Xander Cook (Paul Telfer) and Sarah Horton (Linsey Godfrey) could be the next couple to marry. If so the couple would show that hallucinations and death won’t alter the course of true love. What happens next for Xarah?

Days Of Our Lives spoilers – Xarah Are Married?

Sarah has been fighting with visions of evil Kristen DiMera (Stacy Haiduk). Is she even ready to get married? Her violent outbursts including a vicious verbal slapdown of Chanel Dupree (Raven Bowens) and the wielding of a knife.
Interestingly enough, Marlena Evans (Deidre Hall) told Sarah to visit Abigail the day she was murdered—cue the ominous background music. Has Sarah blocked out some kind of trauma and due to her current mental state be convinced that she is the murderer?

Could she flash back to what a Kristen “hallucination” and a fight in Abigail’s bedroom? Fans know that Kristen was in town recently.

Sarah seeing Kristen will lead to another twist in this mystery. Because of her state and blabbering, Sarah could land at the top of the suspect list soon! Heck, she may even take the blame despite not actually doing it.

Despite the gruesome murder of the town’s sweetheart, Abe Carver (James Reynolds) and Paulina Price (Jackée Harry) got married. Issues of criminality were nothing to the mayor, and even before her name was cleared in the killing of bad dad TR Coates (William Christian), he exchanged I Dos. Of course, later their daughter Lani Grant (Sal Stowers) put a damper on things with her own confession of murder ….

The point is, Abe was willing to stand by his beloved her and didn’t want to wait to marry her. Which means a Xarah wedding is coming up?

Days Of Our Lives Spoilers – What Happens Next I n Salem?

Xander and Sarah have had many disappointments in life, including failed marriages! Is a sea change on the horizon for these two—tell us what you want tot see for Xarah DOOL fans!