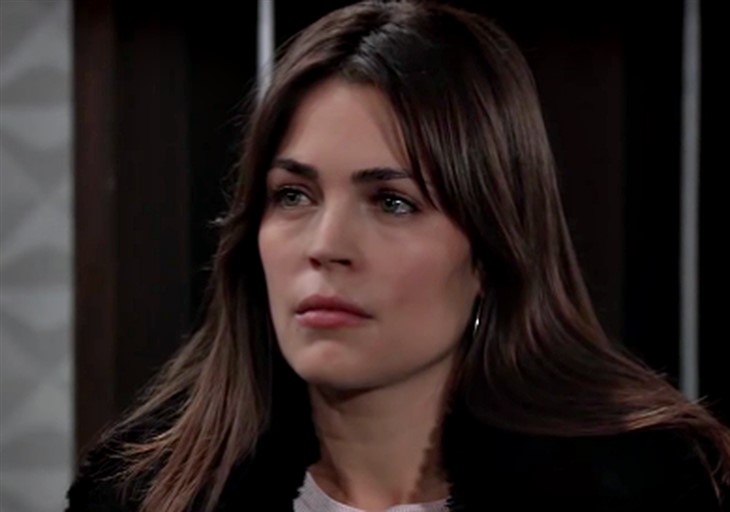 General Hospital (GH) spoilers reveal that Cody Bell (Josh Kelly) literally crash-landed in Genoa City. Cody’s interest in Britt Westbourne (Kelly Thiebaud) and the shady cons are making viewers wonder about his intentions. However, Britt (and fans) got to see a different side to Cody in the Wednesday, July 6 episode. Horses and seeing the “real” Cody could lead to true love.

GH spoilers reveal that Britt is going through a tough time since Jason Morgan’s (formerly Steve Burton) “death.” Britt has been spiraling ever since even though she tries to keep herself in control while serving as the co-chief of staff at the hospital.

Britt just feels that there isn’t any love story in her future. When Britt drank too much at the Society Setups event at the Metro Court pool, all her issues spewed out uncontrollably. At least, until she was silenced by being thrown in the pool when Cody crash-landed. Britt was furious and wanted to punish Cody for her own issues and embarrassment.

Even though Cody goes way back with Dante Falconeri (Dominic Zamprogna), the detective is suspicious. Dante told Sam McCall (Kelly Monaco) that Cody was in all kinds of trouble when they were kids. Dante can sense that Cody hasn’t changed at all, which worries him.

General Hospital spoilers reveal that Dante and Sam try to find out the truth. Meanwhile, Cody has been coercing Damien Spinelli (Bradford Anderson) and getting into all kinds of situations. It’s true that there is something Cody is hiding. A lot of fans think that Cody is bad news, especially with how he looked when Britt’s father was mentioned.

This might not be anything bad for Britt, though. There might be a connection between Cody and Cesar Faison (Anders Hove). However, Cody gaining interest in Britt after Faison might be completely different than anyone expects.

Viewers haven’t been the biggest fans of Cody since his crash landing in Port Charles. However, that changed in Wednesday’s episode. Cody really seemed to bond with Leo Falconeri’s (Easton Rocket Sweda) horse. It didn’t seem to be for show either.

Perhaps Cody just connects better with animals than he does with people. Cody seems to put on a certain facade or “shield” in front of people. That shield came down when he bonded with the horse, though. Then, Britt showed up and she was surprised to see this different side of Cody. The deceptive newcomer even suggested helping Britt by using the horse. It appears that Britt is seeing the “real” Cody.

Everyone always says that love will find you when it’s least expected. Just when Britt had given up, maybe this could turn into a real love story. The con jobs could be just a desperate man resorting to desperate measures. Horses might be the key to Britt’s new love story. It should be interesting to see what happens next.

Y&R Spoilers: Sharon Is There When Nick Needs Her