Days Of Our Lives Spoilers: Ben And Ciara Finally Sail Away 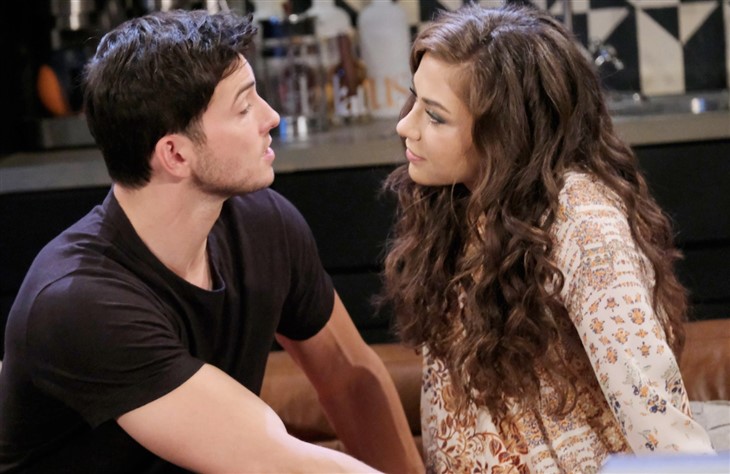 Days Of Our Lives Spoilers – Farewell To Cin

We knew this day was coming but now it’s finally here as. Ben Weston (Robert Scott Wilson) and Ciara Weston (Victoria Konefal) are leaving Salem with little baby Bo. They are doing just what Bo Brady (Peter Reckell) and Hope Brady (Kristian Alfonso) did with an infant Shawn Brady and also what an adult Shawn and Belle Black Brady did with baby Claire Brady. It’s a DAYS tradition that Ben and Ciara will be carrying on.

Of course, we will see them again on Monday when Days of Our Lives: Beyond Salem drops on Peacock but this will be the last of them on the network series for now. We know they can always return as Bo and Hope did and Shawn and Belle did, but on Friday their friends and family gather together to say their goodbyes to the beloved pair. (Psst…You may see Robert Scott Wilson back on your DOOL screens soon.)

Cin might be on their way out, but it could mean a reconciliation for Shawn and Belle. Their feelings for one another shine through as they should. They have been in love since high school and it was only a little Satanic possession that tore them apart.

Shawn now knows Jan Spears has been less than honest with him and he can’t even find her. She took off with the baby that he thinks is his and is beside himself. Belle is there to comfort him but how will Shawn feel when he learns that Belle slept with EJ DiMera (Daniel Feuerriegel), something one would never expect Belle to do.

While Bo and Hope’s two adult children deal with their life problems, the case of Who Killed Abigail DiMera (Marci Miller) is still at the forefront. For some reason, Rafe Hernandez (Galen Gering) brought in Clyde Weston (James Read), but Leo Stark (Greg Rikaart) thinks he might have made a mistake. He knows that his old pal Gwen Rizchech (Emily O’Brien) is hiding something and demands to know what it is. Stay tuned to Days of Our Lives weekdays to see who those suspects end up turning out to be.