Why Days of Our Lives Star Sal Stowers Left The Soap 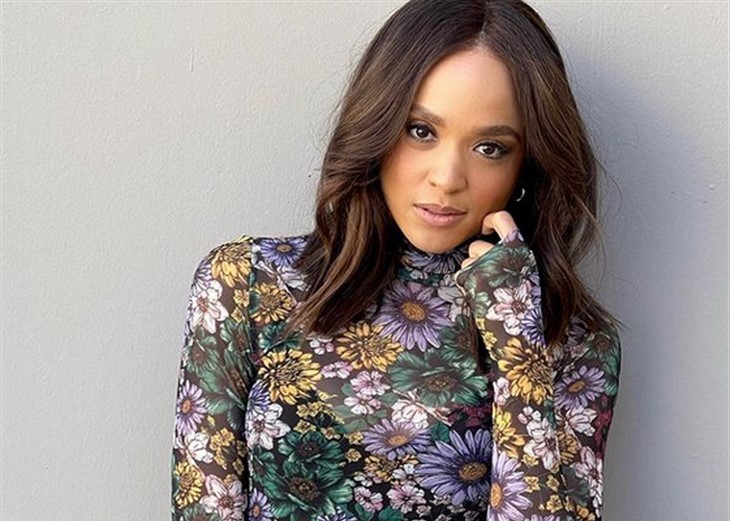 Days of Our Lives fans have seen the last of Eli Grant and Lani Grant in Salem — for now. The on-screen couple and their two twin toddlers left town last week after things didn’t go well for Lani in her plea bargain. SHe confessed to killing TR Coates and her life changed forever.

It wasn’t a happy ending and it wasn’t a tragic ending as Eli and Lani left town together, even with Lani still in trouble with the law. The door is certainly open for them to return as many fans wished Lani had just left well enough alone.

Lani’s mother, Paulina Price (Jackee Harry), was willing to take the fall for what Lani did, but Lani confessed at Abe Carver (James Reynolds) and Paulina’s wedding. The guests might have agreed to keep Lani’s confession a secret, but she did not care and turned herself into the police thinking she’d get a light sentence, but that wasn’t meant to be.

Sal Stowers began playing Lani nearly seven years ago in 2015, arriving just in time for DOOL’s 50th-anniversary celebration. She introduced herself as the daughter Abe never thought he had, with her mother being his ex from the 1980s, Tamara Price (Marilyn McCoo). Only recently did Lani learn Abe and Tamara were not her biological parents. Instead, Paulina and TR (William Christian) were. While it was a good run for Stowers, she decided it was finally time to move on and try new things, as actors often do.

“It was definitely not an easy decision for me to make,” Stowers said in the July 12, 2022, issue of Soap Opera Digest. “It’s something I’ve gone back and forth with for a while…As an artist, there just comes a time when you want to try to see what else you’re capable of doing…You’ve got to take risks and dream big-ass, bold dreams and just try other opportunities.”

The actress is off to do just that now, but she also didn’t say she’d never return to DAYS. She did briefly leave once before, so there is always a possibility you’ll see Lani again — and hopefully, she will be a free woman. Stay tuned to Days of Our Lives weekdays to see Abe and Paulina go on without their daughter.