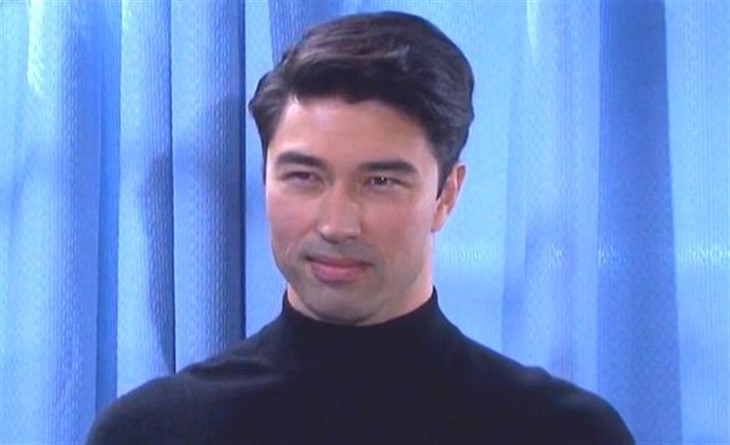 Days of Our Lives spoilers reveal a shocked Li when he realizes Wendy knows the lengths he has gone to in order to keep Gabi by his side.

Days of Our Lives Spoilers – Wendy Shin Is Furious

Now that she and Johnny DiMera (Carson Boatman) are back from Jakarta, Wendy Shin (Victoria Grace) has a bone to pick with her big brother Li Shin (Remington Hoffman). She just knew he had to be involved with the change in Stefan O. DiMera (Brandon Barash) since he has been back among the living, and thanks to Wendy and Johnny, Dr. Wilhelm Rolf (Richard Wharton) caved and revealed all.

Wendy has a bone to pick with her brother about this because she knows what he did is wrong and isn’t quite sure Li even realizes that. At first, he denies all thinking that may work, but then he admits that yes, he did indeed have Rolf brainwash Stefan into believing he was no longer in love with Gabi Hernandez (Camilla Banus) and still had old feelings for Chloe Lane (Nadia Bjorlin), feelings he is now acting upon.

Wendy is thrilled to get the truth out of Li, but she is shocked when he admits that he does indeed know what he did was wrong but begs Wendy to see his side. He desperately loves Gabi and doesn’t want to lose her, but he also knows if Stefan remembered being in love with Gabi, that is exactly what would happen.

“Li is convincing and gets Wendy to see if it from his perspective,” Hoffman said in the December 5, 2022, issue of Soap Opera Digest. “Wendy cares about Gabi, but Li is her brother.”

How long can Wendy keep Li’s secret? It’s not exactly in her character to do so but she can’t help thinking of Li’s predicament. He really does love this woman, but is it right to marry someone under completely false pretenses when the truth is going to come out at some point because it always does?

Johnny may want to know what happened when Wendy talked to Li, so will she tell him the truth or make own situation worse with more lies? Stream new episodes of Days of Our Lives weekdays starting at 6 AM EST on Peacock to see how this story plays out.