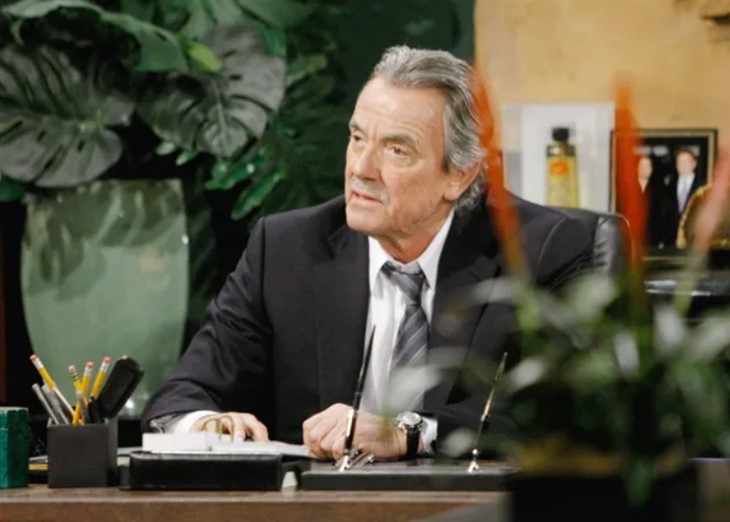 The Young and the Restless (Y&R) spoilers reveal Victor not liking what he is seeing thanks to one fiery redhead.

It’s the same old, same old for Nick Newman (Joshua Morrow) and Adam Newman (Mark Grossman) this week as they go to battle yet again regarding Sally Spectra (Courtney Hope). It’s not the first time they have wanted the same woman and will likely not be the last.

Adam is able to get Sally to admit she still has feelings for her despite the fact that he broke her heart while Nick feels like he is still in limbo because Sally has all these unresolved feelings for his half-brother.

No matter what he does to woo her, she can’t seem to shake her love for Adam and Nick just doesn’t get it. As Sally said, yes, he broke her heart and Nick is determined not to do that and thinks Sally deserves better. Adam also thinks Sally deserves better and that he, Adam, is better than a man who is likely using Sally just because he is lonely. Besides, Sally is the same age as Nick’s grown daughter, which adds some ick factor here.

The Great Victor Newman (Eric Braeden) is not at all amused by what is going on between his sons and sees Sally as a detriment to their lives. To Victor, it is always imperative that the family sticks together and his sons fighting over the same women ad nauseum isn’t helping the situation much.

Victor has seen this before when they have gone to battle over Sharon Collins (Sharon Case) and Chelsea Lawson (Melissa Claire Egan) and it never ends well. Besides, Nick and Adam have worked so hard over the last year or so to try and be actual brothers to each other rather than enemies that getting into it over this young designer shouldn’t be worth it.

Should Victor point out to Nick that when it came to Chelsea at least, she always chose Adam in the end and it looks as if Sally will as well? Nick might not want to hear it, but it’s something he is going to have to face sooner rather than later. Stay tuned to The Young and the Restless weekdays to see how this story plays out.