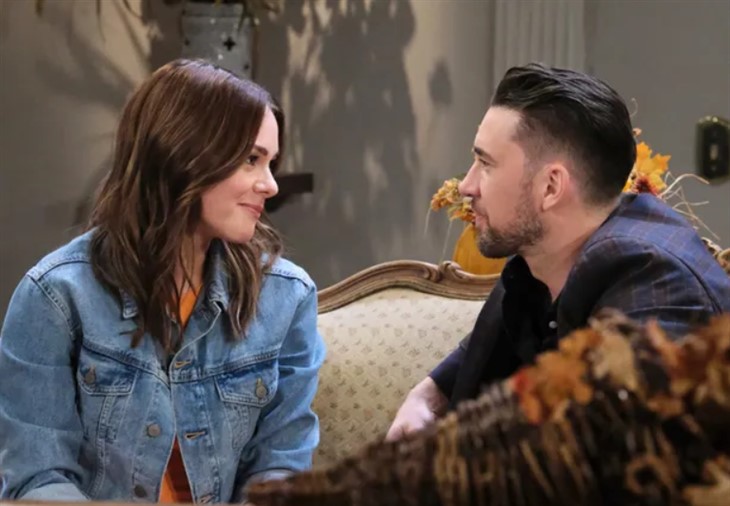 Days of Our Lives spoilers indicate that Alex Kiriakis (Robert Scott Wilson) and Stephanie Johnson (Abigail Klein) will take their relationship to a new level. Alex and Stephanie will end up sleeping together which will make Chad Dimera (Billy Flynn) insanely jealous. Will Chad declare his feelings for Stephanie?

Alex and Stephanie will move things to the bedroom. Stephanie is taking a big step in trusting Alex and will hope that he doesn’t break her heart. Stephanie will continue to fall for Alex after their night together. However, Chad will realize how close Stephanie and Alex are getting and he will grow very jealous.

Chad isn’t ready to move on from Abigail Dimera (Marci Miller). However, that does not mean that Chad wants Stephanie to move on. Chad cannot have it both ways. Chad supported Stephanie’s decision to move on but he’s having second thoughts after all of this. Will Chad try to break up Stephanie and Alex after this?

Can Chad expect Stephanie to put her life on hold while he waits to move on? Can Chad continue to work with Stephanie knowing that she is falling for another man? Alex is truly a cad, can he change into someone that Stephanie needs and wants to be with? Is Alex just showing Stephanie what he thinks she wants to see?

Kate Brady (Lauren Koslow) is like a mother to Chad. Kate doesn’t want to see Chad miss out on a second chance at love. Is Kate rushing Chad by encouraging him to move on? Kate may mean well but Stephanie and Chad could get hurt in the end if he moves too fast. After all, Abby has only been dead a few months. Chad also has his children to consider as well.

Spoilers suggest a love triangle is coming. Will Chad finally confess his feelings? Will Stephanie be that torn between these two men after going so close to Alex? Alex tends to do things that upset Stephanie so he will likely backside somehow allowing Chad to be Stephanie’s hero. However, it seems that Stephanie will be pulled back and forth for some time.