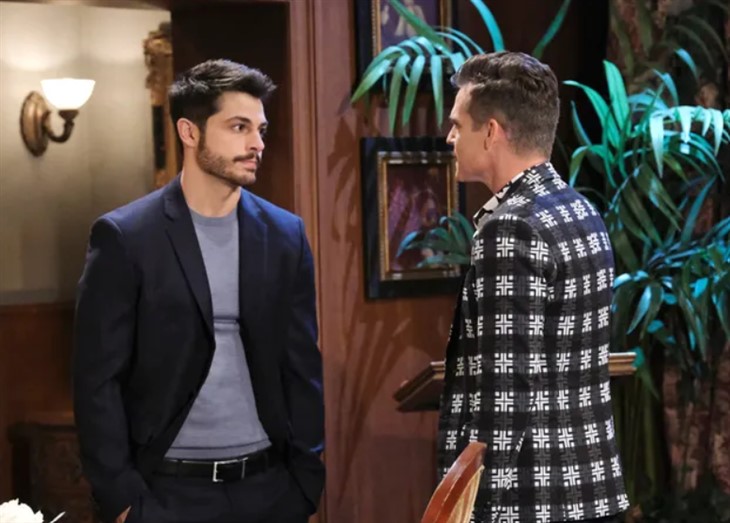 Days of Our Lives Spoilers tease that the coming days are filled with red hot action on the Peacock soap as Salem heats up in the dead of winter for your fave characters, villains and drama queens. Spoilers for the next two weeks, November 28 to December 9, show that Rafe Hernandez (Galen Gering) gets close to a co-worker, Sonny Kiriakis (Zach Tinker) and Leo Stark (Greg Rikaart) get even closer, and Belle Black (Martha Madison) has second thoughts.

Sonny and Leo have zero in common but Leo is trying his best to turn his life around. Will Sonny and even Paulina Price (Jackee Harry) notice after his mistake led to Sloan Peterson (Jessica Serfaty) landing the latter’s daughter is in jail?

Sonny Kiriakis is big hearted and explosive show spoilers reveal that Leo could tug on his heartstrings—but how far will they go? We can tell you that the Fall Preview spoiler video shows Leo in Christmas jammies while he is in the Kiriakis mansion. What will Sonny’s husband, Will Horton (Chandler Massey), have to say about this?

Days of our Lives spoilers also show that beautiful blonde lawyer Belle Black is having second thoughts after agreeing to rep Chanel Dupree (Raven Bowens) on a murder charge.

Belle has to think fast to ward off ferocious DA Melinda Trask (Tina Huang) who wants to make an example of the Sweet Bits baker. Chanel isn’t making it easy for Belle as she admitted to pushing a woman to her death—is Belle ready to bail? Belle could enrage some Salemites by maybe suggesting a plea bargain?

It’s not lost on Jada that Nicole is her competition so going after Rafe will be a delicious twist of the knife. But could these two top cops actually fall in love or at the least have pity party you know what?
The next two weeks, November 28-December 9, promise to put tantalizing triangles and desperate measures on display as your fave Salem characters confront lust, passion and Christmas egg nog. You don’t want to miss a single minute of the holiday dramarama on the Peacock sudser DOOL fans!