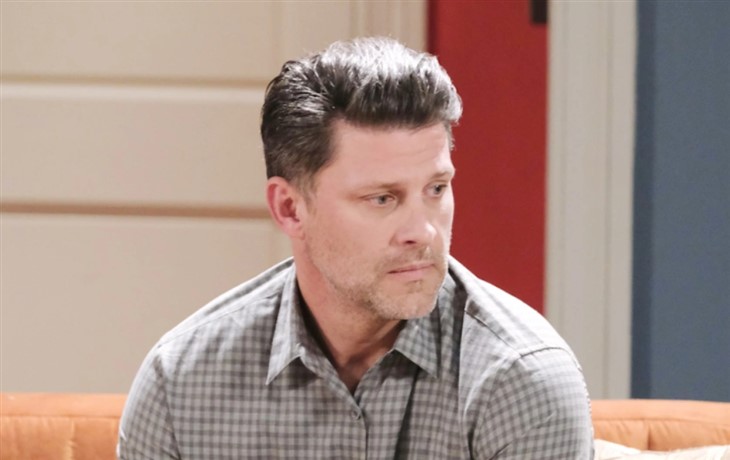 Days of Our Lives (DOOL) spoilers for Tuesday, November 30, 2022, reveal Eric being blown away by what Jada has to say.

Days Of Our Lives Spoilers – Eric Forrester Is Furious

Eric Brady (Greg Vaughan) has been on cloud nine about the idea of being a father and is thrilled that he and Jada Hunter (Elia Cantu) would co-parent the baby she is carrying. He gets to finally be with Nicole Walker (Arianne Zucker) and be a father, too. What could be better?

Well, it’s time for him to learn what Nicole had to say to Jada on Thanksgiving, and now Jada isn’t sure she wants to keep the baby. Eric is shell-shocked and needs to know why Jada feels this way and then he learns what Nicole did. Uh-oh. Nicole is in big trouble now and she better get ready for a fight because it is coming.

After getting over the shock of learning that his Grandma Susan Banks (Stacy Haiduk) was allegedly killed by Ava Vitali (Tamara Braun) while he was in Jakarta, Johnny DiMera is now ready to confront EJ DiMera about what he learned in Jakarta about what Dr. Wilhelm Rolf (Richard Wharton) did to Stefan O. DiMera (Brandon Barash). This might not be the right time, but Johnny is hopping mad and is not about to let this go.

Wendy Shin (Victoria Grace) is also furious at Li Shin (Remington Hoffman) for getting Rolf to brainwash Stefan into believing he is still in love with Chloe Lane and not in love with Gabi Hernandez (Camilla Banus), but Li is ready to state his case.

He knows what he did was wrong, but he couldn’t help himself. He is madly in love with Gabi and he felt this was the only way he could keep her. Will he get Wendy to see his side and keep her mouth shut so that Gabi remains in the dark?

Meanwhile, Gabi and Stefan run into one another the sparks start flying. They claim they are both in love with someone else now but those old feelings are just beneath the surface. Will Stefan ever remember who he really supposed to love? Stream Days of Our Lives weekdays on Peacock by 6 am EST to see how these stories play out.