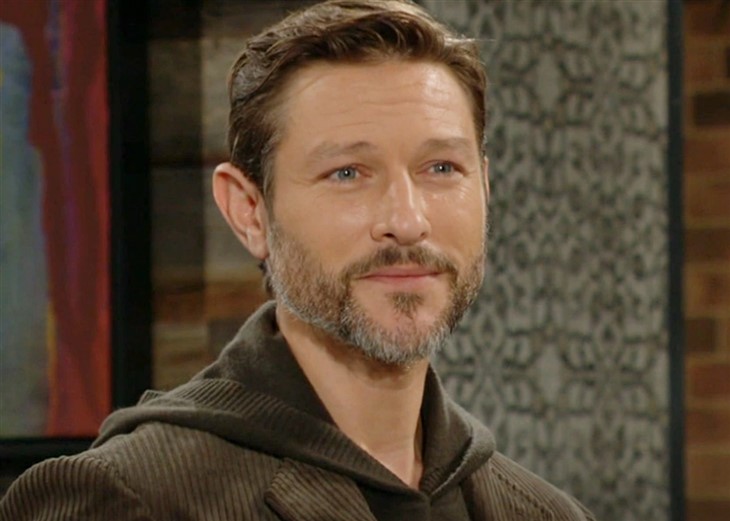 The Young and The Restless (Y&R) spoilers and updates tease that Daniel Romalotti (Michael Graziadei) might save the day for Lily Winters (Christel Khalil). He might discover and expose Tucker McCall (Trevor St. John) and Devon Hamilton’s (Bryton James) takeover plot.

The Young And The Restless Spoilers – Old Friends, Teenage Sweethearts

Daniel and Lily go back a long way, not only are they old friends, they were teenage sweethearts who eloped, although they later divorced and went their separate ways. Daniel is pitching for a job at Chancellor-Winters, and already talked to Devon and Lily about it-Devon may not realize how loyal Daniel is to Lily. There’s just a teeny chance that it’s Daniel who’s really working with Tucker against Devon and Lily but it seems doubtful.

It seems more like Daniel is there to pick up the pieces when Billy Abbott (Jason Thompson) proves Lily right and leaves her for Chelsea Lawson (Melissa Claire Egan). Billy also left a position open that Daniel can step into, and with Nate Hastings (Sean Dominic) also gone they’re hurting for help.

Y & R Spoilers – Just Like They Were Never Apart

Daniel and Lily reconnected just like they were never apart, even though it’s been more than twenty years ago, their having gone their separate ways and married different people. Lily has two grown twins out and on their own while Daniel was involved with a couple of different women, and has a daughter, Lucy Romalotti (Abigail and Olivia Moore).

He and Heather Stevens (Val Landon) appear to be on the outs as he’s come to Genoa City and they are in Portugal. Heather also has ties to Genoa City, Paul Williams (Doug Davidson) being her father; Lucy’s birth mother was Daisy Carter (Yvonne Zima). If Daniel gets the job he’s pitched for then Daniel and Lily will be spending a lot of time together.

Tucker’s plan is to sow discord between Lily and Devon, and turn the two against each other so he can take over Chancellor-Winters. He’ll have to get Devon over to his side, and the two of them would have to merge their shares. That would make Lily mad at Devon, no doubt, especially after the stinging betrayal Nate Hastings (Sean Dominic) left when he defected to Newman Media.

Daniel might smell a rat when he hears Tucker’s in town and trying to make nice with Devon and get to know his grandson. He’ll be a hero to Lily if he can expose the plot in time for her to save the company from a hostile takeover.