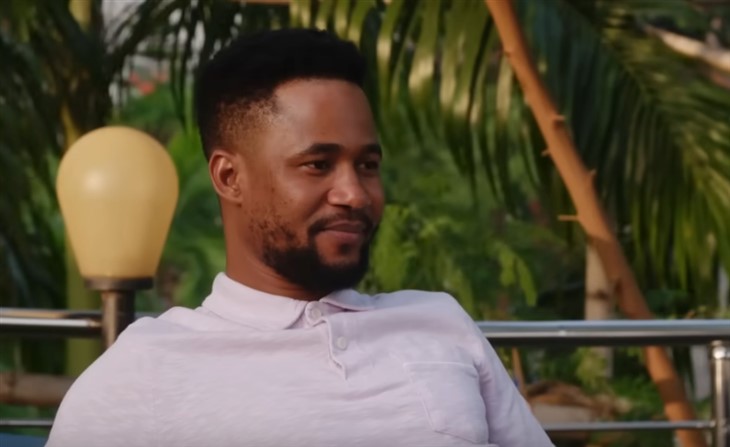 90 Day Fiance spoilers reveal that fans were completely shocked by the baby bombshell that Usman Umar dropped on Kim Menzies in the last episode. The couple has talked extensively about how they were going to get married and Usman could take another wife so that he could have children. Kim, in no way, wants to raise another child. She had Jamal and raised him and that was good enough for her. Now it looks as if Usman wants to adopt his brother’s baby and wants Kim to help raise him. This was never part of her plan, but with this on their minds, they are both worried about the future of their relationship.

At the very beginning of the last episode, Kim was struggling with some incredible emotions. Her mother passed away and this hit her really hard. The pain of losing her best friend was weighing heavy on her and then when Usman dropped the baby news on her, she just didn’t know where her mind was. When Kim called Usman for some support, he had some interesting news for her.

Usman told her, “I feel like maybe I’m going to adopt.” Kim asked him if he was joking and he made it a point to tell her that he was dead serious. This was not at all the phone call that she was planning on and it really did take her by surprise.

As soon as viewers saw this scene, they were quick to start in on the idea of them adopting a small child. This isn’t at all something that Kim was looking forward to. She is in her fifties and not excited about the idea of a child in her home again. This, of course, is what Usman wants for his life and if he can’t have a second wife, this is his other option. If Kim cannot commit to helping him to raise a baby, will he still marry her?

Fans took to Twitter to share their thoughts on the topic and many of them pointed out that Kim initially wanted to talk to him because her mother died. He literally sprung this idea on her out of nowhere when she was grieving for her mother. This was not at all the right time to spring this on her and fans pointed that out. One fan wrote, “Well Usman is asking Kim to be the mother of a 3-year-old son and to raise him in America full time. How? That isn’t even something I would spring on a woman. If they were in person, she would toss a milkshake in his face.” One more added, “Kim better have a friend come out of the woodwork and slap the taste out of her mouth if she can’t realize on her own that Usman wants to adopt his brother’s child JUST to get him a ticket to the states!”