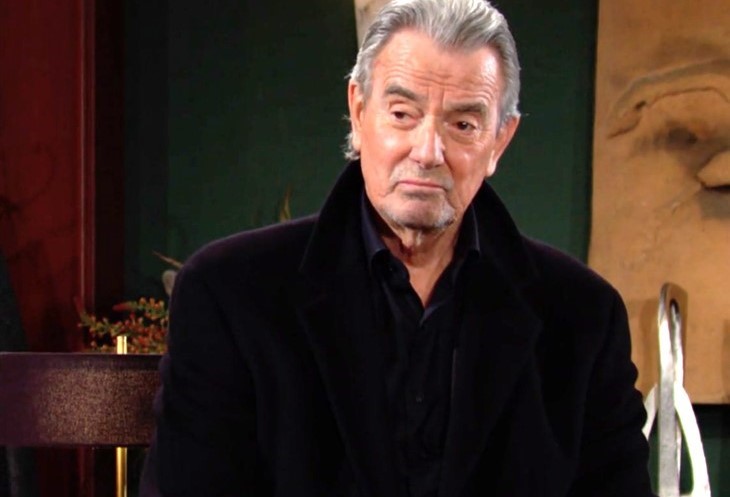 The Young and the (Y&R)\ Restless spoilers for Tuesday, March 8, 2022, reveal Victor not willing to give up in this battle of wills between himself and Ashland Locke.

The Young and the Restless Spoilers: Ashland Isn’t Playing Around

Ashland (Robert Newman) shocked The Great Victor Newman (Eric Braeden) when he told him that he was not going to obey his orders and call his bluff by telling Victoria Newman Locke (Amelia Heinle) everything. That left Victor no choice but to retaliate, especially when it looks like Michal Baldwin (Christian J. Le Blanc) might be missing and Victor needs to pull out all the stops to find him. There is no way Ashland will get away with all he has done and Victor knows he needs Nate Hastings (Sean Dominic) by his side.

Now, Nate has bent plenty of rules for Victor over the last few years and he has to decide whether he is ready to do it again. But Nate also trusted Ashland and was even the best man at his wedding. Will he decide to help Victor despite the fact that Ashland is both his friend and his patient or will he stay loyal to a man he barely even really knows? It’s definitely decision time for Nate, as Victoria continues to live in her own world.

Y&R Spoilers: Is Something New In The Cards For Noah?

Ever since Noah Newman (Rory Gibson) moved back to Genoa City, he hasn’t quite been himself, and instead, he has been a brooding mess due to some woman he knew in Europe. Their relationship ended badly but he has never told anyone exactly what happened. Then, he spent all that time jealous of his sister’s fiancé and staring at Mariah Copeland (Camryn Grimes) and Tessa Porter (Cait Fairbanks) through windows, which definitely wasn’t creepy at all.

Spoilers say that Sharon Rosales (Sharon Case) sees a brand-new side of her son. Is he even more brooding than before or does he cheer up? A sad Noah is no fun to have around and doesn’t remind us of Noahs of other times. Or is this new side of him someone who wants to plan a wedding for two people he does not want to marry? Stay tuned to The Young and the Restless weekdays to see how these stories play out.

Days Of Our Lives (DOOL) Spoilers: Good New And Bad News For EJ?