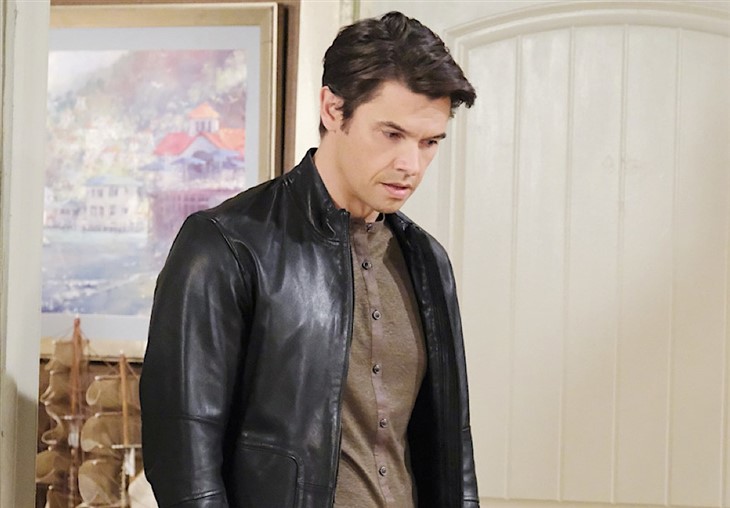 Days of Our Lives spoilers for the week of January 17 reveal that Abigail DiMera (Marci Miller) gets a lead on Sarah Horton (Linsey Godfrey). Abigail and Xander Cook (Paul Telfer) interrogate one of the DiMera pilots. This pilot has information on where Sarah went when she left Salem. Could Xander and Abigail finally find out where Kristen DiMera (Stacy Haiduk) sent that trunk?

DOOL spoilers reveal that Maggie Horton Kiriakis (Suzanne Rogers) is really worried about what happened to Sarah. Maggie asked Abigail to look into it, to which she agreed. What Abigail wasn’t counting on was joining forces with Xander. However, it might be a good thing that she has Xander as a partner.

Xander has already proved himself useful by revealing some information about Sarah’s last day in Salem. Plus, Abigail will need Xander to get someone to talk. Abigail has discovered a clue in the logs from the DiMera pilots. Abigail noticed something about the day Sarah left town and wants to talk to one specific pilot.

However, the pilot might not be willing to cooperate with Abigail. That is where Xander’s history and frustration could help force the pilot to reveal what he remembers. At least, it will be useful if the information is accurate.

Days of Our Lives spoilers reveal that if anyone can get the pilot to talk, it’s Xander. However, will he tell the truth or leave out important facts? The pilot would have only flown “Sarah” if he knew it was Kristen DiMera (Stacy Haiduk). So, either Kristen proved she was a member of the DiMera family or had ditched the Sarah disguise before arriving at the airfield.

Even though Kristen and Sarah might be in two different locations right now, the villain had to let the good doctor out of the trunk. After all, Sarah wouldn’t be able to survive nearly a year locked inside a trunk. Someone has to be guarding and feeding Sarah.

However, Sarah doesn’t get found but she returns to Salem on her own. At least, that is what someone wants everyone to think. Just when Abigail and Xander start to make real progress in the investigation, Sarah suddenly appears in Salem. The person impersonating Sarah probably believes that this will force Abigail and Xander to call off the search.

However, it doesn’t as Abigail suspects something isn’t quite right with “Sarah.” In fact, she questions the Salemite and makes a shocking accusation… that she isn’t Sarah at all! So, if the real Sarah is still missing, can Abigail and Xander find her? Or will they be forced to give up the search when all of their leads end in dead ends?