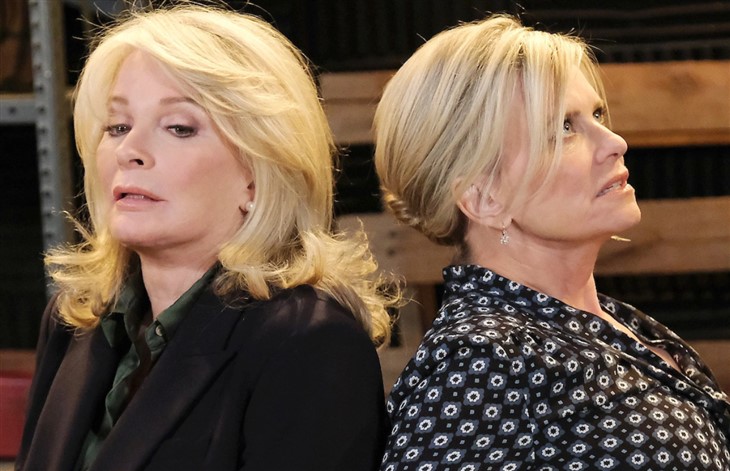 Days of Our Lives (DOOL) spoilers for Wednesday, September 21, 2022, reveal bad things happening to three of our favorite Salem characters.

Days Of Our Lives Spoilers – Kayla And Steve Are Desperate

Things do not look good at all for Kayla Brady (Mary Beth Evans), Marlena Evans (Deidre Hall), and Kate Roberts (Lauren Koslow). What seemed like a simple cold became so much more quickly and with Orpheus (George Del Hoyo) behind what is happening to them and promising certain doom, the ladies brace for the worse.

Steve Johnson (Stephen Nichols) takes it upon himself to confront Orpheus and see if he can learn anything about what the women have been poisoned with, but Orpheus is not telling and still predicts death for these three women. Steve is frustrated by getting nowhere, but maybe he should leave things up to the experts. And one of those experts would be his sickly wife who also happens to be a medical doctor.

Kayla has been doing some experimenting and believes that she can find a cure to what ails her, Marlena, and Kate. However, she is about to learn what that experimenting has yielded and it does not look good at all.

Too bad some people don’t know what is really going on with the three allegedly-dying women because Kristen DiMera (Stacy Haiduk) needs something from John Black (Drake Hogestyn). Sure, decades ago they used to be an item and kinda-sorta married (but not really). However, that was then and this is now. Kristen just wants to be a mom no matter how crazy she is and John just wants to find a way to save Doc’s life.

Needles to say, things don’t go well between Kristen and John and he loses his temper at the exact worst time.

Chloe Lane (Nadia Bjorlin) also finds herself asking for a favor from someone who is not really in a position to perform any favors right now. What could Chloe want from a woman who is dying? Does it have anything to do with the newly-returned Stefan O. DiMera (Brandon Barash) will she realize it might be better to come back later when an inevitable cure is found? Stream Days of Our Lives weekdays on Peacock by 6 am EST each morning.