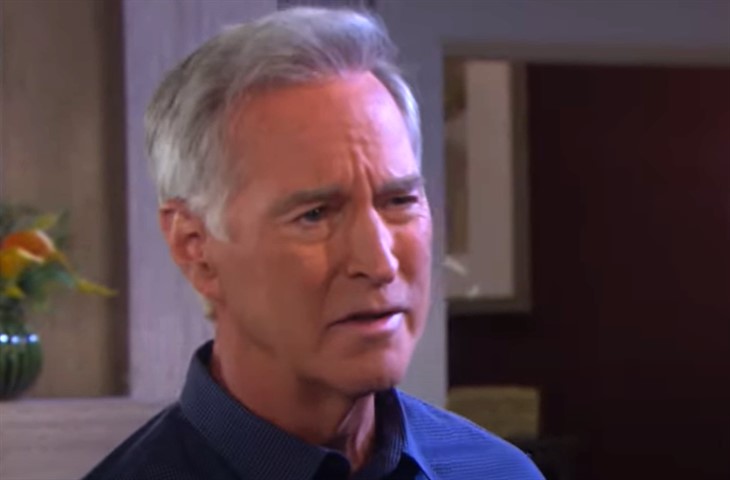 Days of Our Lives spoilers reveal that many residents of Salem will try to interfere with Craig Wesley’s (Kevin Spirtas) new relationship. Of course, everyone has a reason to be concerned considering Leo Stark’s (Greg Rikaart) history. Brady Black (Eric Martsolf) shares his plan with John Black (Drake Hogestyn) but is stunned that his father is actually Team Leo.

DOOL spoilers reveal that Chloe reluctantly agreed to her father’s request. Chloe went to meet Craig’s boyfriend at a restaurant and took Brady for support. However, Brady and Chloe were both stunned to discover that Craig’s boyfriend was none other than Leo. Brady tried to educate Craig on Leo’s history. Despite Brady and Chloe both trying to reason with Craig, Leo claimed that love changed him.

Chloe is extremely stressed and worried about Craig and Leo’s relationship. Brady wants to be there to help and support Chloe through this. So, the two come up with a plan to expose Leo. Brady and Chloe think it just might work. Brady decides to share the plan with his father. However, John doesn’t react the way that Brady expects.

Days of Our Lives spoilers reveal that Martsolf spoke to Soap Opera Digest about the storyline. Instead of John siding with Brady on the plan to expose Leo, he plays devil’s advocate. John seems to think that it’s completely possible that Leo has changed. Of course, Brady completely disagrees and likely brings up that the jewel heist was just a few months ago.

“John is almost supportive of Leo being reconditioned and transformed and is like, ‘Hey, Brady, maybe he’s not as bad as he used to be.’ And Brady is really put off by his father’s opinion about that because he sees nothing but trouble as far as Leo is concerned. He doesn’t trust him as far as he can throw him and can’t believe that of all the guys, the one that Craig is involved with is one of the biggest scoundrels in town.”

Considering that a lot of soap storylines follow the same formula, it is quite possible Leo is semi-reformed. Leo obviously wouldn’t turn into an angel overnight, but love does have the power to change people in the soap world.

Of course, what will probably happen is Leo will try to be good only to have everyone sabotaging his relationship at every turn. Eventually, Leo will fight back and this is the “bad side” that Craig will end up seeing. Then, Leo will spend time trying to prove he’s not really evil anymore and was simply pushed too far for too long, but will Craig believe him?