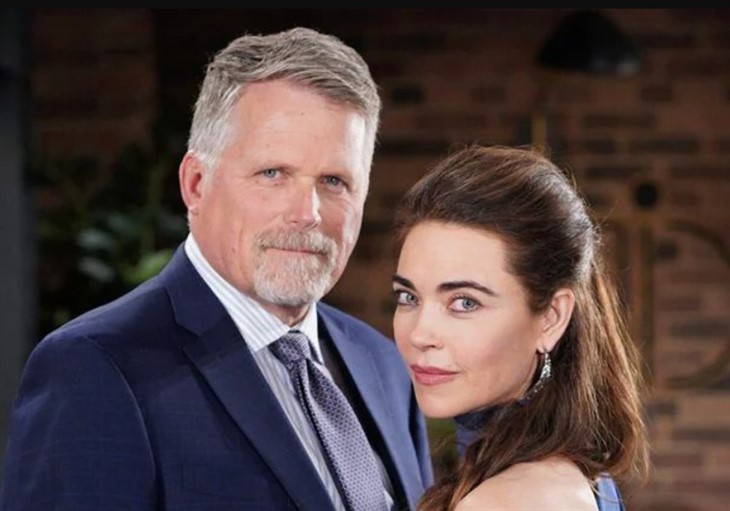 The Young and the Restless (Y&R) spoilers document that Ashland Locke (Robert Newman) has chosen to stand and fight. He did not back down when Victor Newman (Eric Braeden) revealed that he knew about the cancer lie.

When told to leave town, claim a return of his illness, and later contact Victoria Newman Locke (Amelia Heinle) requesting a divorce, Ashland went on the attack. As Nikki Newman (Melody Thomas Scott) said, Victor has cornered their son-in-law. Like a rat, she expected him to bite, and he is proving her instinct right.

Victor made an unusual miscalculation. He did not expect Ashland to tell Victoria the information Victor said he wanted to shield her from knowing.

Instead of fleeing the country and obeying Victor’s order, Ashland opted to tell his wife the secret. But Ashland’s strategy is to make the truth seem like Victor’s paranoia.

Claiming that a former Peruvian doctor has an ax to grind is a risky strategy. Ashland knows that Michael Baldwin (Christian Le Blanc) has spoken to three former employees of the clinic. So, how will Ashland adjust his story when Victoria learns about the other two?

Teasers indicate that Victor will not be able to make contact with Michael. The implication is that Ashland’s contacts in Peru have intercepted him.

So, Michael may have his phone stolen or be detained, potentially by force. But those actions would do no more than buy Ashland time.

Viewers saw that Ashland did not expect Victor to gain devastating intel. But Michael’s efforts paid off, providing witnesses who were willing to talk and an apparent provable money trail. That changes Ashland’s calculation.

The Young and the Restless Spoilers – Improvising For The Moment

Ashland knows that he can not talk his way around mounting hard evidence. So, he appears to be improvising.

There is no set plan because Ashland is employing damage control. That would imply that Victor is in danger because Ashland recognizes the Moustache intends to protect Victoria by cutting Newman’s character out of her life. Victor also wants her husband to relinquish control of the merged company.

Victoria’s instinct is the key to what happens next. Despite the love she has for her embattled husband, there will come a point in the plot where a believability breaking point results. When that happens, Ashland may see her as a problem to be dealt with as well.