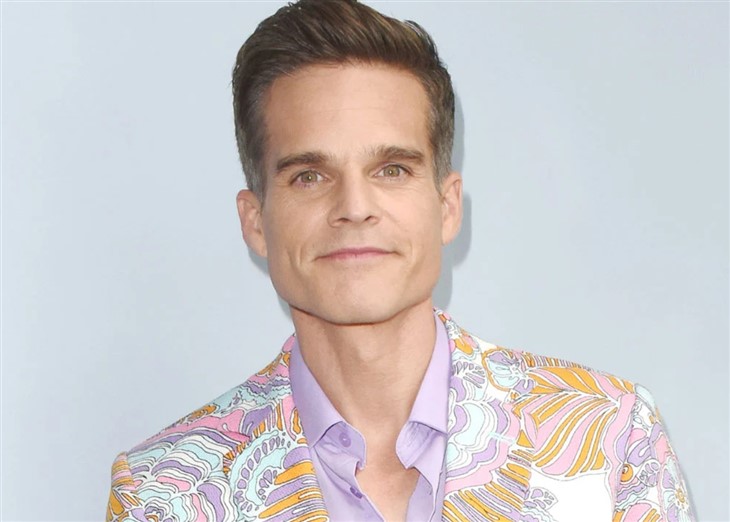 Days of Our Lives spoilers reveal that Leo Stark (Greg Rikaart) is back in Salem. Leo’s return is connected to Craig Wesley (Kevin Spirtas) confessing to Nancy Wesley (Patrika Darbo) about being gay and in love. However, Leo and Craig’s romance isn’t going to be Rikaart’s only storyline. In fact, expect the actor to stick around for several months.

DOOL spoilers reveal that Nancy was partially correct when she assumed Craig was cheating. There was someone else but it wasn’t another woman. When Chloe Lane (Nadia Bjorlin) pressured Craig to confess, Nancy discovered her husband was in love with a man. Not only that but Craig has always been gay and never told Nancy in their 35 years of marriage.

Now that the truth is out, Craig wants Chloe to meet Leo. However, the dinner will end up being a total disaster.

This is most likely spurred by Brady Black (Eric Martsolf) recognizing Leo. After all, Brady was around during Leo’s explosive blackmail and “murder” storyline involving Will Horton (Chandler Massey) and Sonny Kiriakis (then played by Freddie Smith).

Brady and Chloe won’t be the only Salemites to try and pry Leo away from Craig. Will and Sonny (now being played by Zach Tinker) will turn to Chad DiMera (Billy Flynn) for help. Fans might recall Chad’s crazy scenes with Leo in the DOOL spinoff, “Beyond Salem.” Perhaps Chad will be able to get some of his own revenge for what Leo put him through.

Days of Our Lives spoilers reveal that Leo won’t be around for just a few scenes. Leo will be part of the Salem cast for several months. Speaking to Soap Opera Digest about his return, Rikaart said that he is still filming and receiving new scripts.

As some fans know, DOOL’s production schedule is a bit different from the other soaps. Instead of filming a few weeks or even a month ahead, DOOL films several months in advance. So, that means we are going to see Leo until fall 2022 at least… perhaps even longer.

Rikaart also teased that Leo isn’t going to have just one storyline. Leo will be involved in several different story arcs. Besides his romance with Craig and being sabotaged by Will, Sonny and Chad, expert Nancy to get involved. Of course, Brady and Chloe will likely continue to be roped into Craig and Leo’s drama. That’s just the beginning, though.

“I’m still there, although I think I’m in a different arc now. I’m there indefinitely. I’m having more fun now than ever.”

Perhaps there is a chance that Leo can be redeemed. Maybe, Leo truly does have feelings for Craig. If the soap writers attempted to redeem Gwen Rizczech (Emily O’Brien), Ava Vitali (Tamara Braun) and Kristen DiMera (Stacy Haiduk), then Leo could be next.