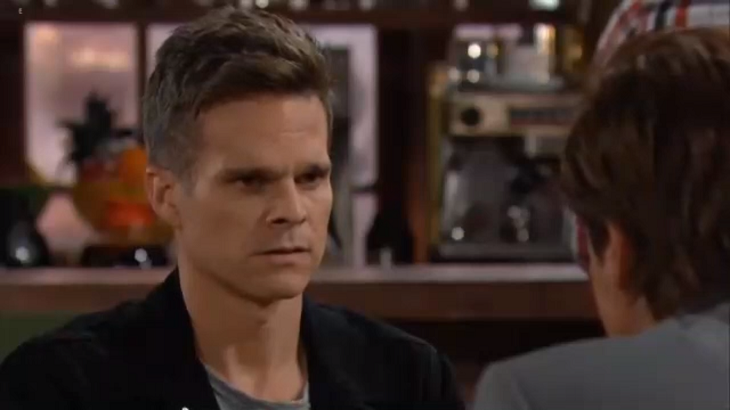 The Young and the Restless star, Greg Rikaart hosted a look back at his past storylines. He warned that these storylines were older and it would be a struggle for some to remember them.

CBS posted the video to celebrate Greg’s return to the soap opera. While he’s not on contract yet, he noted that he’s actively working on a huge storyline.

Remember When Lily And Kevin Dated?

In the Y&R clip, Lily Winters (Christel Khalil) stares at Kevin as she and her friends talk about how good looking he is. Lily asks her friend, “Am I drooling?”

After the girls appreciate how good looking Kevin was, Lily asks, “Doesn’t he seem a little old?” They think he’s, at least, 20 years old and maybe in college. Greg laughs and says that Kevin was supposed to be 25 at the time.

Kevin Had A Huge Crush On Lauren– And She Used Him

Who can forget this storyline? Even though Lauren Fenmore (Tracey E. Bregman) was committed to his brother, Michael Baldwin (Christian LeBlanc), Kevin still wanted her. He wrote her these notes and was her secret admirer.

Lauren agreed to go on a date with him. Y&R spoilers state that the reason she agreed was to try to get him to admit something incriminating to give to Michael to use against Kevin. At the time, they were close at all.

RT and give a BIG "Welcome Back" to @gregrikaart and Kevin Fisher. Do NOT miss today's #YR! @CBSDaytime pic.twitter.com/yOXSw3A8YR

Kevin ends up asking her, “Was there ever a moment you ever cared about me? Was everything between us a lie?” Of course, Lauren did not answer.

Later, Kevin was arrested for his misdeeds and Lauren bailed him out. He was released to Michael’s custody and the brothers repaired their strained relationship.

Colleen Carlton (Tammin Sursok) and JT Hellstrom (Thad Luckinbill) convinced Lily to dump Kevin. It enraged Kevin to the point of locking Colleen in the walk-in refrigerator at Gina’s. He torched the restaurant with Colleen inside. She survived and Kevin wasn’t charged due to a lack of evidence.

In celebration of his return, @gregrikaart took a look back on some of Kevin Fisher's most memorable moments. Tune in to #YR to see why Kevin's back in Genoa City! pic.twitter.com/w5rzeKGHRk