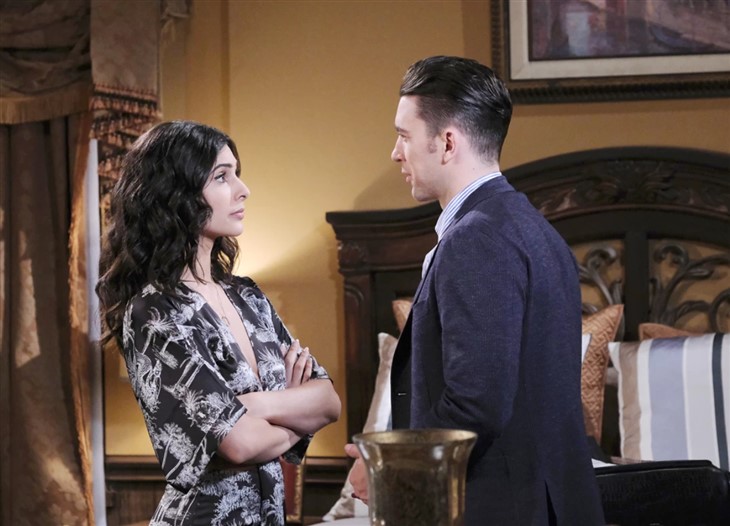 Days of Our Lives spoilers tease that the mystery of who killed Abigail DiMera (Marci Miller) will take many twists and turns until the truth finally comes out. But Gabi Hernandez (Camilla Banus) and Chad DiMera (Billy Flynn) might come up with a suspect that no one would ever imagine. Most likely, because Andre DiMera (Thaao Penghlis) is supposed to be dead. But thanks to both Dr. Wilhelm Rolf (William Utay) and the Devil himself, the idea that Andre is not only back from the dead but that he killed Abigail isn’t as far-fetched as one might believe!

Days Of Our Lives Spoilers – Andre DiMera Was killed By Abigail DiMera!

Several years ago, Abigail killed Andre in self-defense. But she didn’t remember it for quite a while. That was when Abigail was suffering from DID. Killing Andre was what triggered Abigail’s split personality. Before everything was sorted out, Gabi actually went to prison for Andre’s murder. Gabi will likely reason that if Andre was indeed back, he would want revenge on Abigail. But Andre is dead and gone. He was even recently conjured up by the Devil to torture Johnny DiMera (Carson Boatman).

DOOL Spoilers – Could the Devil have rewarded Andre DiMera!

Even though the Devil is finally gone from Salem, that doesn’t mean that he didn’t restore Andre to life as one final act of revenge on Salem. There is also the possibility that Dr. Rolf restored Andre long ago, but he’s been recovering all this time. Although it seems like a long shot, both Gabi and Chad will be convinced that the possibility is worth checking out. Their first stop would likely be Andre’s look-a-like Tony DiMera (also Thaao Penghlis). They will wonder if Tony has once again been replaced!

Only one person has been able to tell the difference between Andre and Tony over the years and that’s Tony’s wife, Anna DiMera (LeAnn Hunley). While she would insist she would know if a switch had been made. While Anna won’t believe that it has been she will be concerned that something will happen to Tony once again. So, look for Anna to offer Chad and Gabi any assistance she can. If Andre is out there, then she certainly needs to know. Especially if he did indeed murder Abigail and is out for revenge on all those who have wronged him!

Could Gabi be on to something? Is Andre back from the dead? Can Anna be the key to finding him? Anything can happen in Salem so stay tuned to Days of Our Lives airing weekdays on NBC. And don’t forget to check back right here regularly for all your Days of Our Lives news, information, and spoilers!