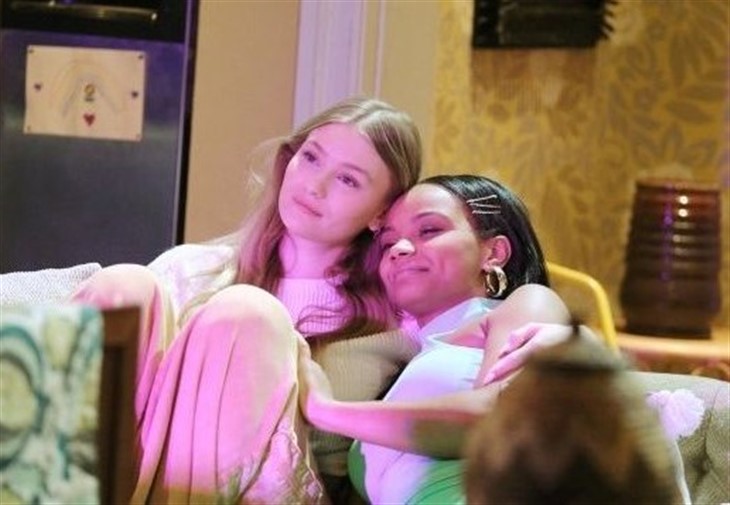 Days of Our Lives spoilers tease that Allie Horton (Lindsay Arnold) learns that her father, Lucas Horton (Bryan Datillo) has done some terrible things in recent months. It was Lucas who kidnapped Allie’s mother Sami Brady (Allison Sweeney) and kept her prisoner for months just so that she wouldn’t reunite with EJ DiMera (Dan Feuerriegel). Lucas framed EJ for the kidnapping after Sami was finally rescued and Allie basically did everything in her power to convince Sami that Lucas is her soulmate.

Days Of Our Lives Spoilers – Sami Brady Decided To Reconcile With Lucas Horton.

Once EJ was arrested and charged with kidnapping her, Days of Our Lives spoilers show Sami decided that she could no longer love someone who would hurt her like that. A guilty Lucas kept quiet and the couple left town together to start their new lives together.

Lucas returned to Salem recently after finding out Allie and her twin brother Johnny Horton (Carson Boatman) had both been possessed by the Devil. Sami had broken her legs in a skiing accident and was unable to return with Lucas but would join him as soon as she was cleared to travel!

Lucas was pretty confident that his crimes would never be revealed. But Chad DiMera (Billy Flynn), who helped Lucas frame EJ, was forced to come clean to his wife Abigail DiMera (Marci Miller). But Abigail loves Lucas and promised to keep her mouth shut. Lucas couldn’t help but panic and he drank himself into a stupor and can’t remember any of his activities that occurred that night. Even worse is the fact that someone murdered Abigail that night in her own home.

Days Of Our Lives Spoilers – Allie Horton Will Wonder If She Knows Her Father At All!

Allie will be upset enough that Lucas kidnapped her mother but that she encouraged Sami to finally choose Lucas. Allie was blind to her father’s faults and now he’s a murder suspect. Allie will turn to Chanel Dupris (Raven Bowens) and wonder how she could be such a bad judge of character.

Chanel will do her best to convince Allie that although Lucas has done terrible things, he is capable of great things as well. Chanel will help Allie see that no matter what, she should believe in her parents. Chanel will remind her that her mother recently killed a man. Chanel found it hard to wrap her head around that fact but she knows her mother and nothing can change how she feels about her.

Will Allie forgive Lucas as she learns what he has done? Will Allie believe that Lucas murdered Abigail? Will Chanel help Allie make sense of Lucas’ actions Anything can happen in Salem so stay tuned to Days of Our Lives airing weekdays on NBC! And don’t forget to check back right here regularly for all your Days of Our Lives news, information, and spoilers!