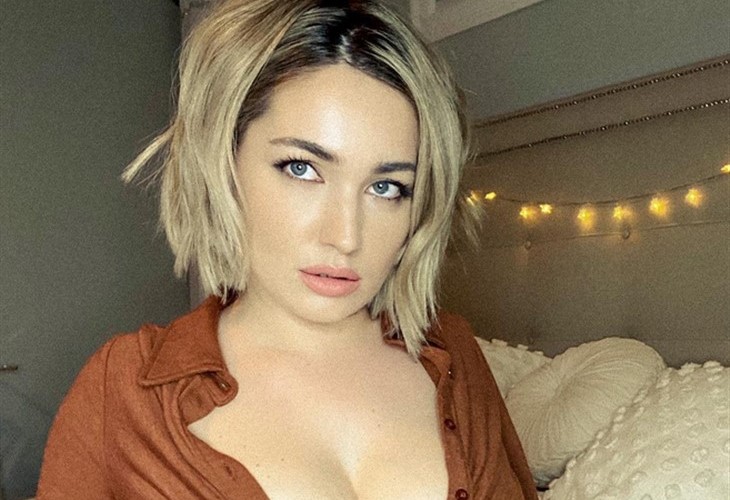 90 Day Fiancé spoilers, news, and updates tease that Stephanie Matto updated her fans about her new business venture and revealed that her family and loved ones were not happy about it.

After venturing into the fart jar business, Stephanie Matto was not yet done being different from anybody else as she has started another business, which involved her boob sweat. The New York resident, who previously succeeded in a fart business, has once again made a huge income with her online business by just staying under the sun for a long time and collecting sweat from her boobs.

In one of her previous posts on Instagram, Stephanie shared a video of herself showing the process of her “boob sweat” business with a written text that says: “Day in the life making thousands of dollars selling my ta ta sweat in bottles.”

In her recent YouTube video, the businesswoman updated her followers about her new product, and she revealed that her best friend, Heather, her family, and especially her boyfriend was not delighted with her sweat boob business. When it comes to the sale, Stephanie successfully hit $5,000 a day but her loved ones constantly convinced her not to proceed with it.

Despite her loved ones’ unsupportive reactions, Stephanie got fans who continue to admire her. In the comment section, one fan wrote: “You wanted to do it and I am happy for you. I love you’re doing it, Stepanka.” Another one chimed in, “You’ll always be special someone in my family ‘cause you’re awesome and I love you.”