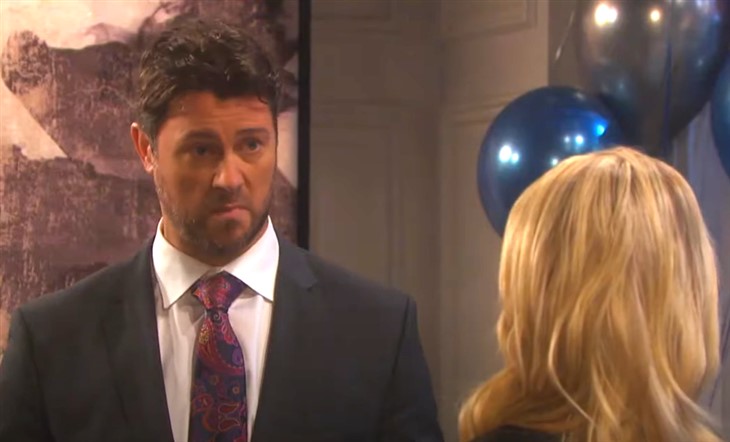 Days of Our Lives spoilers reveal that EJ DiMera (Dan Feuerriegel) is found guilty of kidnapping. Facing up to 10 years in prison, EJ will likely have one final fling before going behind bars. It is teased that Belle Brady (Martha Madison) helps EJ prepare for prison. Could Belle betray Shawn Brady (Brandon Beemer)? How will Sami DiMera (Alison Sweeney) react?

DOOL spoilers reveal that Marlena Evans aka “MarDevil” (Deidre Hall) wanted to punish Shawn and Belle. The evil entity did its best by waking up Jan from her coma and making her look exactly like Belle. Then, the fake Belle seduced Shawn on the couple’s first wedding anniversary.

Even though Belle knows that Shawn was tricked, it will take her time to recover. Belle probably has the image of Shawn and Jan in bed together stuck in her mind. So, the devil both succeeded and failed at destroying “Shelle.”

When EJ first came back to Salem, fans noticed the chemistry between him and Belle. Forums were filled with viewers who wondered if the two could have an affair. That never happened, but that doesn’t mean it won’t in the near future. During the week of January 24, Belle helps EJ prepare for prison.

Days of Our Lives spoilers reveal that EJ could have a last-minute fling before going behind bars. It won’t be with his wife, Sami, as she has left the country with Lucas Horton (Bryan Dattilo).

It won’t be Nicole Walker (Arianne Zucker), either. Even though Nicole and EJ rekindled their romance, she’s not interested in getting close to him again. It’s possible that Belle could unexpectedly betray Shawn by sleeping with EJ.

Head writer Ron Carlivati told Soap Opera Digest that EJ’s trial would cause problems between Belle and Sami. Fans speculated that it must be Belle defending Sami’s alleged kidnapper. However, Sami’s feelings about Belle representing EJ haven’t been discussed. Maybe she doesn’t care. Sami didn’t come back for the trial and Lucas didn’t mention anything.

However, that could change once EJ’s conviction is overturned. Once Sami finds out Lucas kidnapped her and framed EJ, she will want to reunite with her husband. At some point, she could discover that EJ and Belle slept together. That would certainly reignite their sibling rivalry. More importantly, how will Shawn feel about Belle’s betrayal?

Do you think that EJ and Belle will sleep together? How will Sami react when wants EJ back after his conviction is overturned? What will Shawn do after discovering Belle’s betrayal?