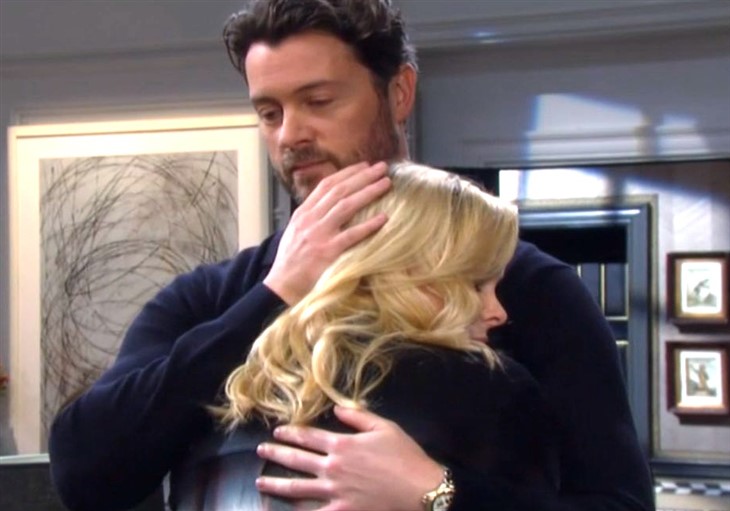 Days of Our Lives spoilers and updates tease that Belle Brady (Martha Madison) and EJ DiMera (Dan Feurreriegel) will do the deed in an upcoming DOOL episode!

Days Of Our Lives Spoilers – Belle Brady Has Had Enough

Belle has decided she’s going after EJ full force after she ran into Shawn Brady (Brandon Beemer) in Salem University Hospital and learning his and Jan Spears’ (Heather Lindell) baby’s name. They named him Shawn Christian Brady, (uncast infant) and not only that, Jan’s not going back to Statesville – at least not yet! Before Shawn could even explain very well, Belle had enough – he tells her he loves her and yet he does this; she’s through!

She had come to the hospital to look for her mother, Dr. Marlena Evans (Deidre Hall) to get references for therapy for the DiMera children. Marlena cancelled her appointments and returned home to help Chad DiMera (Billy Flynn) with his children and their grief.

Belle returns to the DiMera mansion where she explains what happened to EJ, who immediately embraces her to comfort her. But just as they begin to rush upstairs to his bedroom, Sami Brady DiMera (Allison Sweeney) arrives with divorce papers for EJ to sign! She had just come from Lucas Horton’s (Bryan Datillo) Salem Inn suite where he told her planned to propose, but she had to get EJ to sign the divorce papers first! She told Lucas that she kept sending him divorce papers to sign but he kept tearing them up, and in spite of lusting after Belle, EJ’s hurt! It seems obvious that EJ doesn’t really want a divorce and he sure doesn’t want Sami marrying Lucas!

EJ – and Belle – know that Lucas kidnapped Sami himself and framed EJ to make EJ the villain and himself the hero, and EJ tries to talk Sami out of marrying him. He finally gives up and signs the divorce papers when he sees Sami is not going to listen, pretending not to care and then he quickly picks up back with Belle. Sami’s out the door with her divorce papers signed, and EJ wants to head upstairs with her sister, but Belle says hold on just a minute!

Belle asks EJ straight out if he’s sleeping with her to get back at Sami, and he asks the same of her about Shawn! They both get real with each other and admit they both have been using each other a little bit but do have real feelings for each other!

DOOL Spoilers – There Is A Real Connection

After admitting to each other they both have a little bit of revenge mixed with lust, they also admit they have very real feelings for each other! There’s a definite connection, so if there’s a little revenge sprinkled on top of both sides, it’s just icing on the cake! Belle is a little torn but they both decide it’s what they want, and they head upstairs and get hot and heavy! True, it’s rife with grief sex, but they find comfort in each other’s arms.