Days Of Our Lives Spoilers: Lucas Panics – Is He The Killer? 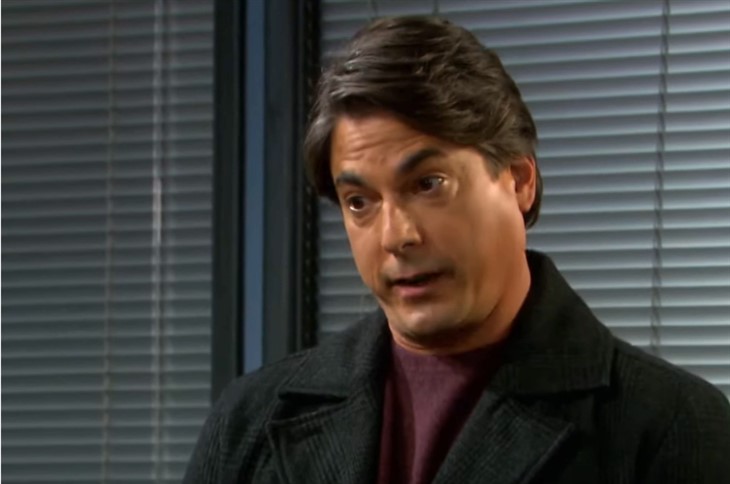 Days of Our Lives spoilers and updates tease that Lucas Horton (Bryan Datillo) is panicking thinking he may have killed Abigail DiMera (Marci Miller)! He woke up from falling off the wagon with a bandaged-up cut on his hand and no memory of how it got there in a recent DOOL episode!

Lucas knew that Abigail knew that he tried to mess with EJ DiMera’s (Dan Feurreriegel) computer and alter some records he had, and he went into a panic!  His mother, Kate Roberts (Lauren Koslow) had told him that she heard from Chad DiMera (Billy Flynn) that he had stopped Abigail from going to Wisconsin to interview a henchman. This was the second of two henchmen Lucas had hired to watch over Sami Brady (Allison Sweeney) after he kidnapped her so he could play hero rescuing her!

Lucas had then framed EJ for the kidnapping and he was afraid Abigail was going to rat him out! He had grabbed a bottle of liquor from Brady’s Pub after his mother told him what happened but doesn’t remember how his hand was cut!

Lucas is a nervous wreck over not being able to remember what he did the night Abigail was killed; he loved her and can’t live with himself thinking he killed her! He is absolutely overwhelmed with grief and guilt and he’s horrified at the thought he may have been responsible for her untimely death! This really pushes Lucas over the edge both mentally and emotionally; he knows she was stabbed to death and he has a deep cut on his hand! She could have tried to fight him off and caused his wound, although he has no idea where he would have gotten a knife and doesn’t remember having one! Knives don’t usually come as standard amenities in the Salem Inn rooms!

Lucas hears from Brady Black (Eric Martsolf) that apparently there was a robbery gone bad, and there was missing jewelry and cash from the scene of the crime. Brady talks about if the jewelry is found, being much easier to trace than the cash, it could lead to the identity of Abigail’s murderer. After their conversation, Lucas heads back to his hotel room and tears it apart, looking for jewelry and cash to try and fill in the blanks in his head!

Lucas is somewhat relieved not to find the telltale items, but he’s still looking for clues to try and figure out what happened that night! He wants to be sure that he’s not guilty of murdering his niece and realizes he could have sold or hidden the jewelry and cash!

The more Lucas can’t remember, the more he panics, still not sure about how his hand was cut. The bottle of liquor was empty near his bed and he doesn’t see any broken glass in the room and he knows there was no broken glass in the mansion. Brady had said there was no evidence of a break-in so it had to either be someone she knew or who knew about the tunnels and how to navigate them. Lucas keeps trying to force himself to remember and keeps looking for triggers, but it’s maddening not being able to remember!