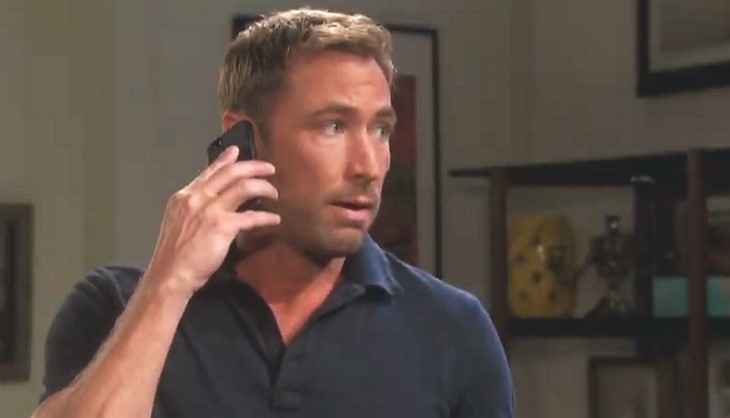 Days of Our Lives spoilers and updates tease dire developments as Rex Brady (Kyle Lowder) wonders if the serum brought by Detective Jada Hunter (Elia Cantu) will work. Supposedly, it was made from the rare orchid that Kristen DiMera (Stacy Haiduk) blackmailed Brady Black (Eric Martsolf) with that she claimed came from seedlings Dr. Wilhelm Rolf (Richard Wharton) grew.

Days Of Our Lives Spoilers – Rex Brady Tests The Serum

Before injecting it into Marlena Evans (Deidre Hall), Rex ran some tests in the lab to make sure it compared to the one given Roman Brady (Josh Taylor) twenty years ago. He tried to recreate more serum as best he could from the anonymous delivery of the orchid itself, although no one could be sure if it was the real one. He really didn’t have a choice, considering if they did nothing Marlena, Kayla Johnson (Mary Beth Evans) and Kate Roberts (Lauren Koslow) would die anyway. Kate is his mother, Kayla is his aunt so Rex had to do something and quickly so John Black (Drake Hogestyn) and Rex agree to try it on Marlena first. Marlena has a positive reaction to the serum and he and John, as well as Brady, are thrilled so next he decides on Kayla who is near death as is Kate.

When Rex administers it to Kayla, who is surrounded by her family, she doesn’t respond like Marlena, and fades fast. With her husband Steve Johnson (Stephen Nichols) and children Joey Johnson (Tanner Stine) and Stephanie Johnson (Abigail Klein) as well as Steve’s son Tripp Johnson (Lucas Adams) there, she flatlines. Rex is worried since his mother’s next on the list, but he refuses to give up in spite of the dire development, and everyone panics, even Tripp who was resurrected! Angel Bo Brady (Peter Reckell) doesn’t show up in the room this time but scenes from the Days of Our Lives fall preview indicate Kayla has a near death experience.

Days Of Our Lives Spoilers – Not Giving Up

Undoubtedly, Rex will be employing all lifesaving measures possible to revive Kayla and there will be many prayers in spite of panicking family members. Based on Marlena’s response, the antidote should have worked the same way; but there’s no time to do more labs. Based on what it takes to bring Kayla back and how she is when she is back he’ll go from there to try it on Kate.

He may need to have Marlena’s labs rechecked and have some new tests done even as he’s trying to save Kayla. Time is of the essence and he’ll have to work fast, even though Kate also is fading fast.

Prince William Has Major Plans About Managing The Duchy Of Cornwall, Worth Over A Billion