Days Of Our Lives Spoilers: Ava’s Revenge Comes Back To Bite Her As Fiery Crash Ensues 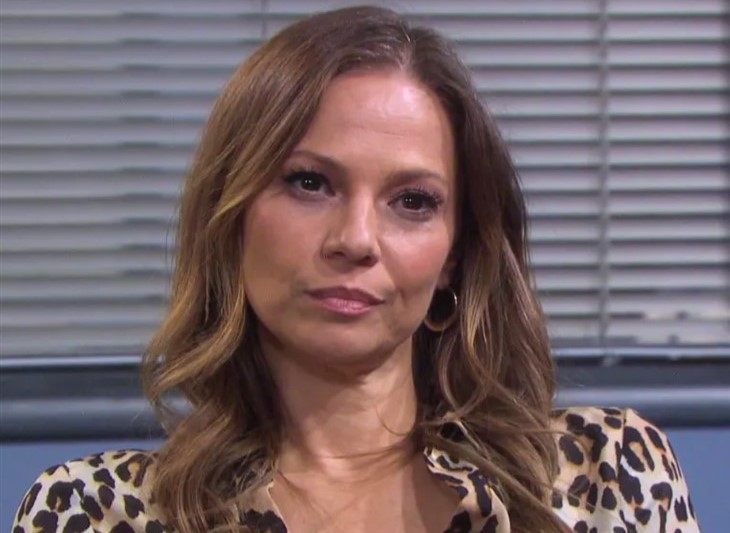 Days of Our Lives spoilers indicate that Ava Vitali’s (Tamara Braun) bid for revenge on E.J. Dimera (Dan Feuerriegel) could end in disaster. It seems that E.J. and Ava will be racing down the road as he tries to catch her after her revenge plot. However, Ava’s car will wind up in a fiery crash that leaves her presumed dead.

Days Of Our Lives Spoilers – Is This The End Of Ava Vitali?

Days Of Our Lives spoilers reveal that Ava will vow to get revenge on E.J.now that he has proven her marriage to be a fraud. Ava will enlist her buddy Gwen Rizczech’s (Emily O’Brien) help. Ava is also quite fond of Johnny Dimera (Carson Boatman) who is now at E.J.’s mercy alone. Furthermore, E.J. hated the ground Jake Dimera (Brandon Barash) walked on and Ava is determined to make him pay.

E.J. has essentially run Ava out of Salem and away from her loved one now that Tripp Johnson (Lucas Adams) is back in town. Ava may leave but she’s not going down without a fight. Will that fight cost her life? Will the Vitali mob princess be taken down by the likes of E.J.? Will Ava turn up alive and well sometime in the future?

Xander Cook (Paul Telfer) certainly needs money since he has no job or prospects currently. Whether Gwen turns Ava down or points her in Xander’s direction is unclear. However, Gwen will end up turning to Xander for help getting revenge on E.J. Xander will jump at the chance after E.J. took his payoff money from Sami Brady (Alison Sweeney). However, things won’t go as planned.

For some unknown reason, it seems that Ava and E.J. are on the same road speeding when Ava’s car seems to go over a cliff. The most likely scenario is that E.J. is chasing Ava when the crash happens. Ava will be presumed dead when her car explodes but of course, she could have been thrown clear. After all, this is Salem and how often does dead really mean dead?

Days Of Our Lives Spoilers – Rumors Of Tamara Braun’s Exit

There have certainly been some rumors for a while that Tamara Braun may be leaving the show. Of course, people leave for a bit and come back all the time. Some rumors even suggest that Tamara may be returning for a stint on General Hospital as well. Is Ava leaving Salem for good? Could Tamara be one of the actors who pulls double duty on different soaps?

Tamara could be following in the footsteps of Wally Kurth who plays characters on both DOOL and GH. Keep watching to find out.