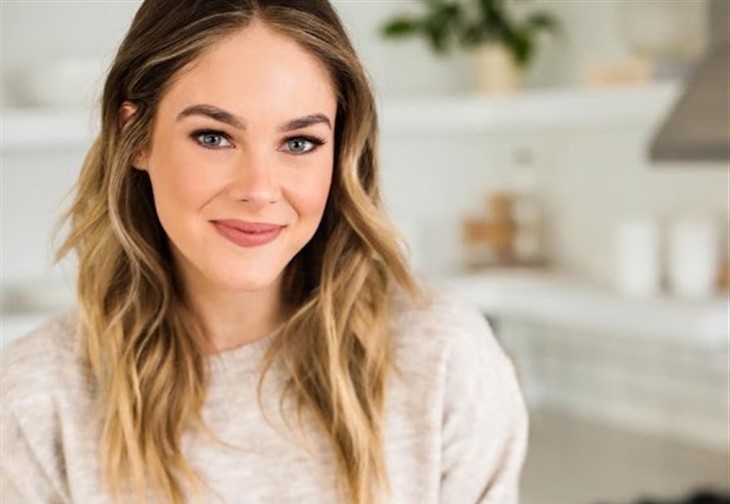 Days of Our Lives spoilers indicate that ironically when Abigail Klein took the job as Stephanie Johnson, she had no idea what a supercouple was. Abigail thought the word sounded very cool. The word kept popping up when Abigail began working with Robert Scott Wilson (Alex Kiriakis) and Billy Flynn (Chad Dimera). Now Abigail says it’s funny she has landed herself in a relationship with both men.

Days Of Our Lives spoilers reveal that Abigail admits she loves that Stephanie is not afraid to say exactly what she means. Abigail feels at home in Stephanie’s skin and that means a lot. Abigail also admits that she couldn’t ask for better parents on screen than Steve Johnson (Stephen Nichols) and Kayla Johnson (Mary Beth Evans). Klein says they welcomed her just like their daughter had returned home.

Klein admits that she wanted to act from the time she was a kid. However, Klein went to college in Dallas and became a cheerleader for the cowboys first. Klein gushes about her experience with the Cowboys and going on the USO tour. Klein has traveled all over the world thanks to this experience and loved every minute of it. Klein was a cheerleader for three years.

DOOL Spoilers – At 21 It Was Go West Young Woman

Abigail says she quit the cheerleaders after three years because she knew it was time to go west. Abigail got into acting classes which lead to commercials, then movie spots and finally she got the call for Days Of Our Lives. Now Klein loves the fast pace action of working in soaps. Abigail says they only get one take and she has learned to trust the producers to know if it’s right.

Klein says the fanbase has been welcoming and that both Wilson and Flynn have warned her that it might get a little crazy for her. Both men have had their share of internet squabbles. Fans tend to not think kindly of people who get in the middle of their supercouple and that could get a little nuts. Klein says she is being very careful not to go down any rabbit holes.

In real life, Abigail is married to Chris Armstrong who she met in 2012. Klein saw his photo can couldn’t hide her interest. Klein was introduced to Armstrong by her friend, Candy, from Dallas. Candy decided to play matchmaker and introduced the two. Klein says they dated long distance for three years before Armstrong proposed.

Abigal says that one good thing about the pandemic was she and her husband had some uninterrupted one-on-one time together. Now that things are back to normal they are doing the long-distance thing again when required. Abigail is glad that they have such good communication skills because they have certainly needed them.