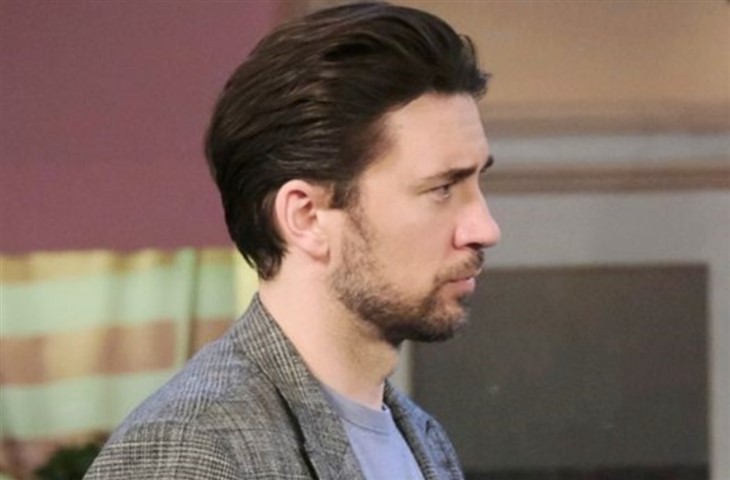 Days of Our Lives (DOOL) spoilers for Friday, September 23, 2022, reveal Chad going to Sonny with what he now knows and learning he is right.

Days of Our Lives Spoilers – Nope, It’s Not Craig Wesley

Yes, it’s pretty obvious now that Clyde Weston (James Read) killed Abigail DiMera (Marci Miller) despite him not really having too much motive to do so. He also doesn’t seem to have too much motive to frame Leo Stark (Greg Rikaart), so the whole thing doesn’t make sense. Hopefully, it will start to make sense, but for now, we have to go with it.

Of course, Chad DiMera (Billy Flynn) can’t be 100% sure that it’s Clyde, so he heads to the hospital to question Sonny Kiriakis (Freddie Smith) some more and sees Clyde there. The scent of vanilla is obvious but Chad insists on confirming with Sonny that is exactly what he smelled the night he was stabbed in the back. Sonny says yes, he definitely smelled vanilla. Hopefully, Chad runs right to the Salem PD with his new news.

Nicole Walker’s (Arianne Zucker) dreams about Eric Brady (Greg Vaughan) have become much more frequent and intense and it’s clear to her that her marriage to Rafe Hernandez (Galen Gering) is not working out. She just wants to tell Eric the truth already and it looks like Eric wants to do the same.

At long last, the two admit that they still have feelings for each other and want one another, but it can’t all be so simple right? When Jada Hunter (Elia Cantu) makes a shocking discovery, it could spell an eventual end to any possible reunion.

While Brady Black (Eric Martsolf) and Chloe Lane (Nadia Bjorlin) are thrilled that he retained full custody of Rachel and Kristen DiMera (Stacy Haiduk) is angrily left out in the cold thanks to her own horrible acts, he is still confused about how he seemed to win this case so easily.

Well, Chloe has a confession to make. She let the judge see exactly what Kristen did to her when she was first freed from prison. That was the deciding factor and it worked but do they now have to worry about Kristen finding out what happened and enacting some sick revenge? Stream Days of Our Lives weekdays on Peacock by 6 am EST each morning.

Y&R Spoilers: Chelsea Won’t Give Up On Johnny