Y&R Spoilers: Chelsea Won’t Give Up On Johnny 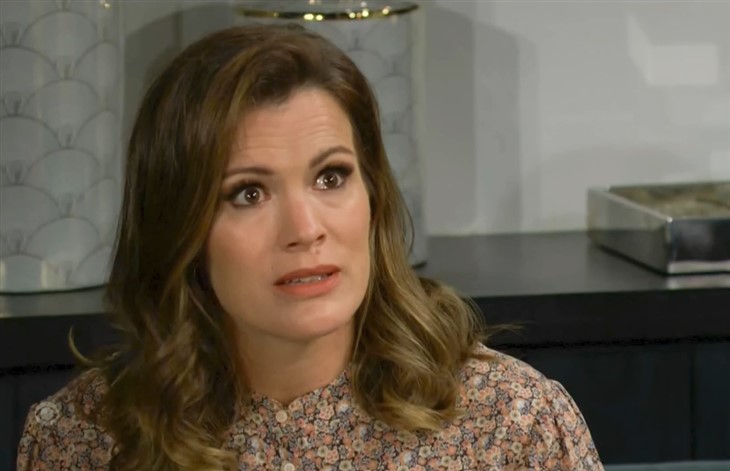 The Young and the Restless (Y&R) spoilers for Friday, September 23, 2022, reveal Chelsea once again giving Victoria a hard time, but will she win?

The Young And The Restless Spoilers – Will Victoria Newman Bend and Break?

Victoria Newman (Amelia Heinle) is a very busy woman trying to get in on an insider trading scheme so she really does not have time for Chelsea Lawson’s (Melissa Claire Egan) insistence that she listen to her about her Johnny Abbott concerns again.

Chelsea really wants Johnny in her life or at least for Johnny to know she is the one who gave birth to him and for Connor Newman (Judah Mackey) to get to know his big brother. Victoria is starting to realize she might have to listen to Chelsea and give her a little of what she wants. She is not willing to bend to Chelsea’s will all the way, but since Chelsea is insistent Victoria might decide to appease her but only in a way that she knows won’t hurt Johnny in the end.

Y&R Spoilers – Victor Is Up To Know Good

The Great Victor Newman (Eric Braeden) is supposed to be retired but we all know he gets bored easily and if Victor is bored, that means he is going to engage in business activity. With Nikki Newman (Melody Thomas Scott) out of town visiting Deacon Sharpe (Sean Kanan) to get dirt on Diane Jenkins (Susan Walters), he has nobody to stop him.

So, when Victor sees a new corporate venture present itself, he is ready for action. Will this action end up pitting him against Victoria?

The Young And The Restless Spoilers – New Adventures For Nate Hastings

Nate Hastings (Sean Dominic) is currently at an angry crossroads in his life. He just burned every bridge he could while working for Devon Hamilton (Bryton James) at Chancellor-Winters and then he abruptly quit. His girlfriend, Elena Dawson (Brytni Sarpy), is not very happy with him at the moment, and neither is his cousin Lily Winters (Christel Khalil).