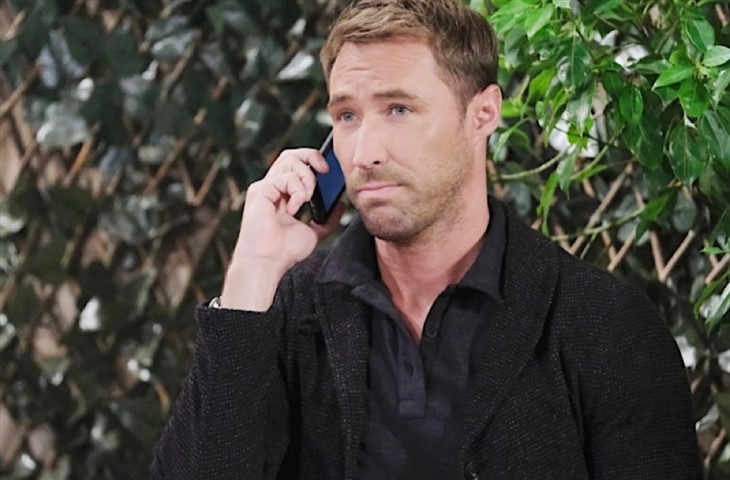 Days of Our Lives (DOOL) spoilers for Wednesday, October 5, 2022, reveal bad news for the ailing ladies but maybe one doctor can fix it all.

Days Of Our Lives Spoilers – Rex Brady To The Rescue?

Rex Brady (Kyle Lowder) is back in town once again as he has been several times a year for the last few years but this time it has zero to do with Sarah Horton (Linsey Godfrey) and everything to do with his mother, Kate Roberts (Lauren Koslow). Kate, along with Kayla Brady Johnson (Mary Beth Evans) and Marlena Evans (Deidre Hall) are all ailing thanks to some illness that Orpheus (George Del Hoyo) unleashed only on them.

When John Black (Drake Hogestyn) gives Rex some bad news about their condition, will he have a solution in mind? If he does, will it involve something difficult to cook up that will send some people on an adventure, while also putting them in debt to someone they don’t want to be indebted to.

Oddly enough, despite Marlena’s condition, Kristen DiMera (Stacy Haiduk) goes to her looking for a favor. Something tells us this is not going to go Kristen’s way.

After trying and failing to extort money out of Jack Deveraux (Matthew Ashford) due to Jennifer Rose Horton Deveraux (Cady McClain) mowing down Gwen Rizcech (Emily O’Brien), Leo goes to Chad with a proposition and we are sure this is of the financial kind. We are also sure that Leo is in no way on the up and up here.

Speaking of Jack and Jennifer, it’s now time for Jen to finally go off with her brother, Mike Horton (Roark Critchlow), for rehab. It looks like Jennifer will be gone for several months so she and Jack share an emotional goodbye sure to bring you to tears. Stream Days of Our Lives weekdays on Peacock by 6 am EST each morning.