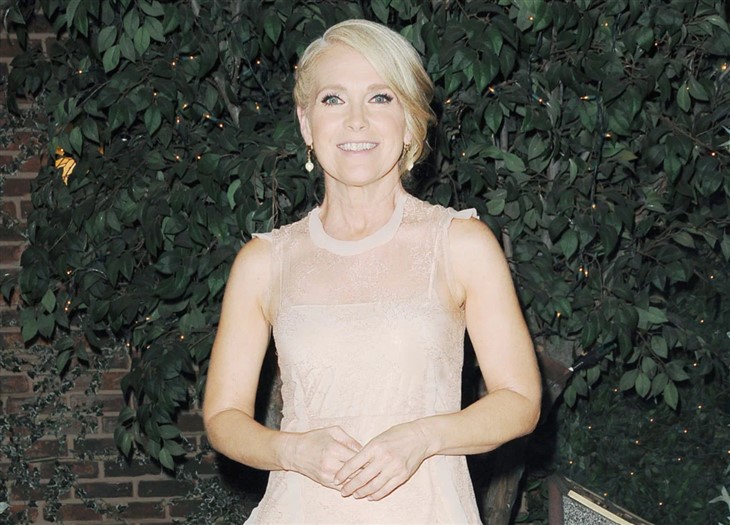 Days of Our Lives (DOOL) spoilers suggest that Melissa Reeves will reprise her role as Jennifer Horton Deveraux for the Days of Our Lives Christmas episode. It is unclear if she will make any more appearances at this time.

Days of Our Lives spoiler specialist Jason47 posted on his website that Melissa had announced her return at a fan event. A link to the fan’s account that posted the question was also included. The fan states that she didn’t press for more answers but wishes she had. “She said she was coming back for that ep but I didn’t push her for more info. I really wish I would have though. We’ll definitely be back when Scott performs again. She didn’t know much about the Gwen character. We only talked about it for a sec though. I should have pushed.” Tweeted by Kelly Gustafson. Of course, Scott Reeves is Melissa’s husband and probably who she is referring to performing. Fans will remember that Scott is a singer and even performed with Port Chuck years ago.

Days of Our Lives Melissa’s last appearance was October 13, 2020. Reeves did not return when production resumed after the Covid-19 shutdown in Hollywood last year. Of course, there was some drama surrounding this choice as Reeves had been called out for certain political comments as well. Reeves has played Jennifer off and on since 1985. However, there was a huge backlash after she chose to support an anti-Black Lives matter comment made by Candace Owens. Reeves has also received backlash before for supporting “Chick-fil-A” during another politically based controversy in 2012. There is nothing wrong with supporting a cause, however, some fans tend to take offense if they do not agree with your views. Hopefully, this will not turn into an issue again since Days needs some Hortons present on the show.

Days Of Our Lives Spoilers – Could Travel Become A Concern Again

Days of Our Lives Reeves also has grandchildren and this makes traveling across the country a concern. Reeves doesn’t want to take the chance of exposing others to Corona and the variant is running rampant in some parts of the country. Could this be why only the Christmas episode was mentioned? With Days of Our Lives taping up to six months in advance, Reeves may have already taped her part and traveled back home before this information was released. Only time will tell if the actress will appear in more than one episode.

The Christmas episode of days is roughly four and a half months away. Will Jennifer return home to Jack for good? Will we still have Jack and Jennifer married but in different states once again after the holiday?