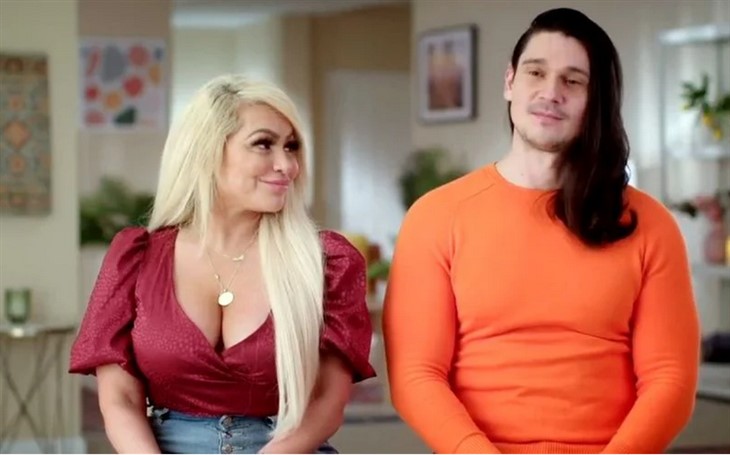 90 Day Fiancé star Darcey Silva may have broken things off with her former fiancé, Georgi, but things aren’t completely over yet. In an interview with the famous twins, ahead of season 3 of their spinoff Darcey & Stacey, Darcey opened up that she still has feelings for her “hot, sexy Bulgarian.”

In a recent interview with ET, Darcey and her twin sister, Stacey spoke about the upcoming third season of their hit spinoff show, Darcey & Stacey. Fans will remember that Darcey split from Georgi during season 2 of the reality show, while the twins were visiting Turkey for plastic surgery procedures.

The couple had been struggling with their relationship throughout season 2. However, it was when Darcey met Georgi’s ex-wife, Octavia, who claimed they were still legally married, things started to go sour. Add to this the fact that she caught him out on a sugar mama website and that he had also spoken behind her back with her ex, Jesse, and their relationship was officially doomed.

However, in a preview of season 3 of Darcey & Stacey, Darcey makes up her mind to meet with Georgi in New York, despite the fact that her family are against it. She has now admitted that there are still feelings for the Bulgarian hunk.

In an interview with ET, Darcey mentioned the last season and their breakup, and also the transformation she went through in Turkey. She said she was “very empowered and strong at that time, I felt free and I wasn’t getting what I deserved in that relationship and I stood strong.”

However, Darcey went on to say that breakups aren’t always easy and she always wears her heart on her sleeve. However, at the end of the day, there is still a flame that’s still lit for Georgi. She said fans are definitely going to see the challenges that she and her ex-fiancé are going through on their journey together. According to the TLC reality star, the first episode will definitely show a lot of that. Meanwhile, Darcey is looking forward to fans seeing what she has to go through while “just living life.”

Meanwhile, her twin sister Stacey said she wasn’t surprised that Darcey chose to meet up with Georgi again as there is still so much love between them.

“She wanted to make it work and whatever makes Darcey happy, I’m happy,” she said, adding, “The bottom line is our family just wants Darcey happy.”

Meanwhile, Darcey says she has no regrets about seeing Georgi again, especially as they had broken up over the phone. Talking of their meeting, she says it was the right thing to do.

“Obviously, the breakup happened in Turkey, it was over the phone, I just felt like I needed to see him face to face and really talk about things firsthand, you know, really dive in deep, and also let him know what I was going to tolerate and what I wasn’t going to tolerate in the relationship. And I was owning that own accountability for myself and it made me feel more empowered and strong to be able to meet him in person. I didn’t feel like it was something bad, I thought it was something positive in a sense.”

Darcey went on to say she will always have love in her heart for Georgi, saying they both had a lot of love to give in their relationship. However, she says that in relationships, you have to be on the same page at the same time. You need to “have the same dreams, visions, and I just really wanted us to be both transparent in our feelings and where we saw the relationship going.”

The TLC reality star said she didn’t want to waste Georgi’s time, but that the love they have for each other will always be there.

Readers can watch a trailer for season 3 of Darcey & Stacey. In the trailer, Darcey & Stacey reveal their latest plastic surgery to Florian at the airport. Meanwhile, you can catch the full interview on ET’s website.