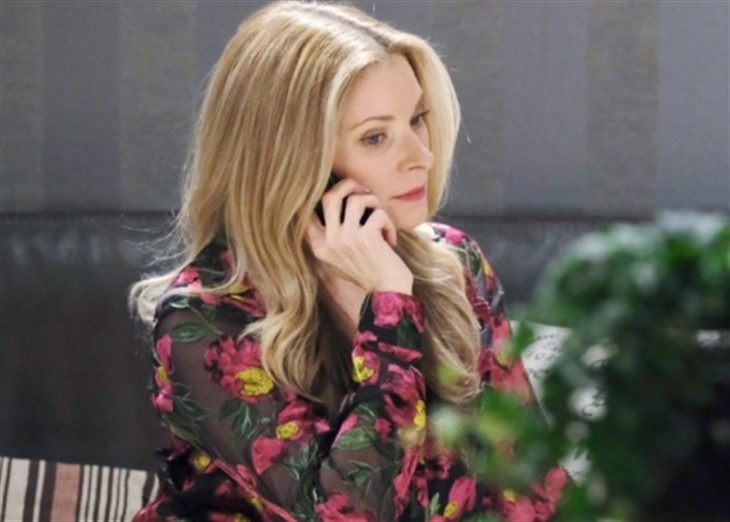 Days of Our Lives comings and goings spoilers say that if there’s anything we’ve learned about this fictional town of Salem, it’s that when one door closes, another one is certain to open. Although many fans were hoping to see much more of Cady McClain in her temporarily role as Jennifer Horton, it looks like her time on the set of DOOL has come to an end. But that doesn’t mean this will be the last that we will be seeing her. Here’s what you need to know.

According to the latest edition of Soap Opera Digest spoilers, Cady has just wrapped her stint as Jennifer on the set of the hit NBC soap. As many fans can recall, Cady stepped in for actress Melissa Reeves back in October, when the actress decided not to come back to work because of Covid-19.

Prior to getting her phone call from the producers of DOOL, it was a long time for Cady before she was on the set of a daytime television show. The last time fans saw her was when she played the mentally unstable Kelly on The Young and the Restless from 2014 to 2015. But Cady says that it didn’t take very long for her to get back into her ‘groove’ so to speak.

She told the publication in a new interview, “What I learned to some degree, that the years of carrying heavy storyline have built a certain muscle in me that’s still there. But if you don’t have the material, if you don’t have support from production, that muscle is all for naught, you know? You can only do so much. I found that all those pieces were there, happily, and I was able to do my best work because of those circumstances – great writing and great actors around me.”

Cady adds that she has felt absolutely grateful for allowing DOOL viewers to embrace her portrayal of Jennifer. She added, “The fans have been absolutely wonderful to me. They gave me a fair chance to prove myself as I was able to bring my skills and interpretation of this character and her history.”

Let us know your thoughts on this story in the comments section below. Be sure to catch up on everything happening with Days of Our Lives right now. Come back here often for all the latest Days of Our Lives spoilers, news, and updates.