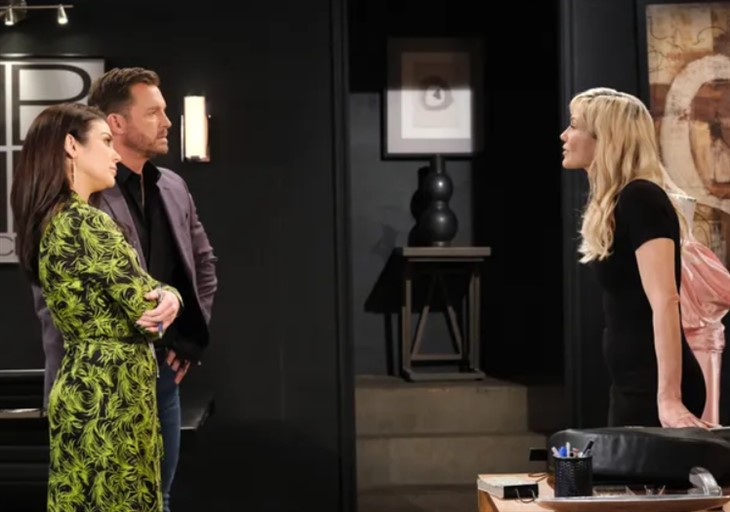 Days of Our Lives spoilers and updates tease that Kristen DiMera (Stacy Haiduk) will play dirty at the custody hearing for Rachel Black (Finley Rose Slater). She’ll sling accusations at Brady Black (Eric Martsolf) and may even bring up him losing custody of his son Tate Black (Colin and Kyle Shroeder).

Brady and Theresa Donovan (Jen Lilley) fought over custody of Tate, who after many machinations by Kristen was finally revealed to be Theresa and Brady’s son. He was raised by Brady for a while, Brady nicknaming him “Tater Tot” when Theresa left town with her old boyfriend. But Theresa soon left her old boyfriend and went to Mexico, and when Theresa returned, she wanted her relationship with Brady and Tate back.

However, Brady found out that Theresa left Chloe Lane (Nadia Bjorlin) behind in Mexico, and he kicked her out. Then Theresa sued him for full custody of Tate, and won, moving with Tate to California; he hasn’t seen or had contact with him since other than sending a gift.

Kristen will likely start her attack with digging up the records of Theresa’s custody suit to show why she got sole custody. She may also dig up Brady’s history of drug and alcohol addiction and try to prove him an unfit parent. She’ll be working cross purposes against her own goal of getting Brady back so he, she and Rachel can be a family but she’ll be too mad to care. Right now, getting her baby girl back is more important than getting him back and she’ll do anything, because Brady wasn’t going to allow her to see Rachel at all. While she’s at it, she’ll have a valid question brought up about whatever happened to Chloe’s son, Parker Jonas (Christian Ganiere) since he’s not with her or either of her parents.

Desperate mamas call for desperate measures, and Kristen is the queen of desperate mamas. Brady will have to bring out the big guns and expose Kristen’s stealing Tate out of Theresa’s womb and erasing her pregnancy records. That was the most desperate thing Kristen did in order to have a baby with Brady, hoping to hang onto him through a baby and he intends to prove it.

Kristen is finding out that Brady won’t stay with her just because they have a child together and she’s desperate enough for Rachel to dump Brady. That should prove the point that she isn’t using the little girl as a pawn to hang on to her father.