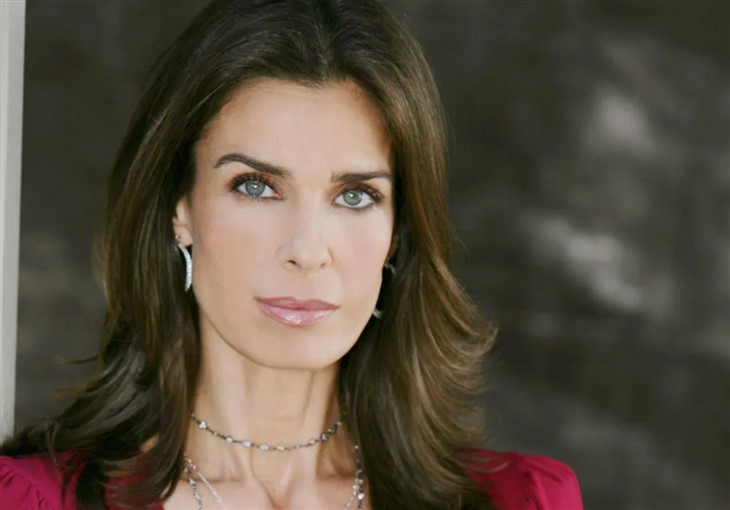 After 37 years on Days of Our Lives s Hope Brady Williams, Kristian Alfonso decided it was time to go and venture into something new. At the time of her exit, it sounded like we would not be seeing Hope in the near future and somewhat not at all. Now, Alsonso is set to reprise the role after about 2 years away from the show and she will be seen on this season’s Beyond Salem on Peacock this month.

In regards to her return and some things that have been going on, Alfonso had to hit back at the critics who were saying that when she left, she was adamant that she would never return to the show.

Alfonso did an interview with Soap Opera Digest talking about her return to the role, reuniting with Peter Reckell as Bo Brady, Victoria Konefal as Ciara Brady Weston, Robert Scott Wilson as Ben Weston and more. She told the magazine, “I don’t think of this as going back to Days of Our Lives, [Beyond Salem] is, I feel, a branch of it.”

Continuing in her interview, Alfonso took the time to note that she saw some comments saying that she said she would never return to the show when she exited two years ago. “I have seen online where viewers have stated that I said, ‘Never’ regarding [returning someday] — I never said never. I said that I will not be popping in and out like other actors have done in the past. I didn’t say I’m never, ever coming back. I was not absolute.”

DOOL Spoilers – Kristian Alfonso Swore She Would not Return To DOOL

In interviews around the time of her exit she stated, “I’m not coming back. I’ve had a great run and so many wonderful moments on the show and worked with so many wonderful people. It’s time for me to start a new chapter professionally.”

In regards to returning and getting the opportunity to reprise the role of Hope Brady Williams, she said, “It always has to be the story and the characters. And [the Beyond Salem storyline] made me excited. That’s why I decided to come on board.” Are you excited?