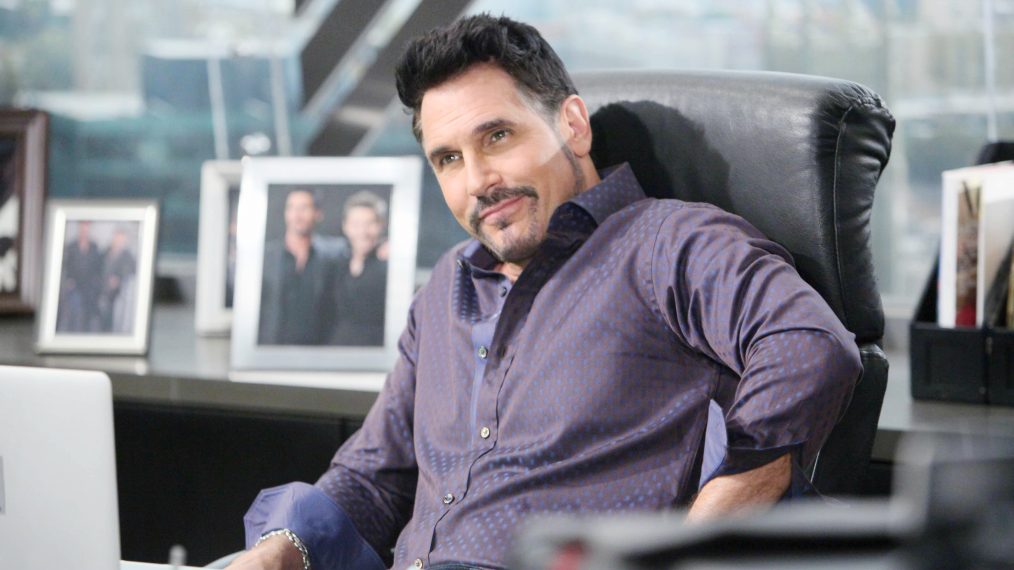 The Bold and The Beautiful spoilers and updates tease Bill Spencer (Don Diamont) will finally make the right move in upcoming BOLD episodes. He’ll do some honest repenting before his romancing and get Katie Logan (Heather Tom) back!

The Bold And The Beautiful Spoilers – Back A Few Months Ago, Katie Logan Tested The Waters With Carter Walton

Back several months ago, Katie tested the waters with Carter Walton (Lawrence Saint-Victor) but both decided they were better off as friends. This was long before Carter and Quinn Forrester (Rena Sofer) fell into that torrid affair together when Quinn was trying to get Carter to take Zoe Buckingham (Kiara Barnes) back. Both of them were lonely, but Katie still didn’t trust Bill – their last reconciliation fell apart thanks to Quinn’s sabotage of Brooke Forrester’s (Katherine Kelly Lang) reconciliation!

Quinn had been trying to match make Ridge Forrester (Thorsten Kaye) with her best friend Shauna Fulton (Denise Richards) who had filmed a cell phone video. At a reconciliation party for Brooke and Ridge, she put the video of Brooke and Bill making out on a digital photo frame Eric Forrester (John McCook) was gifted with!

BOLD Spoilers – Bill Spencer Was Ashamed, But Then Made Another Serious Faux Pas

Bill was very ashamed of that video, and Katie wouldn’t have anything to do with him for months; for a while they co-parented their son Will Spencer (Finnegan George). That was the extent of Bill and Katie’s relationship until Katie put him in boarding school. But then Bill got himself in trouble again that wasn’t even his fault but made a serious faux pas trying to concoct a cover story to protect his oldest son! To make a long story short, Vinny Walker (Joe LoCicero) had skewed paternity test results to show Liam Spencer (Scott Clifton) was Hayes Finnegan’s (Piper Harriot) father. He was caught, mystery solved but then he walked out in front of Liam and Bill driving and committed suicide. Bill tried to stage the accident like a hit and run and both he and Liam were jailed – again Katie felt sorry for Bill but he’d lied to cover up!

The Bold And The Beautiful Spoilers – The Truth Came Out, Betrayal Again

The truth came out but Bill was betrayed again – this time by his longtime attorney, friend, and fixer Justin Barber (Aaron D. Spears)! Thomas had been so upset with Vinny he blocked him on his phone, then in the process of Zende Dominguez (Delon de Metz) helping reset it Vinny’s message came up! Vinny had left what constituted a suicide note with a video clearly showing he walked out in front of Bill’s car with Liam driving on purpose!

But Justin found out and locked Thomas in a cage in the basement of the Spencer publications building, wanting to take the company over in Bill’s place! Thomas was finally discovered by Hope Spencer (Annika Noelle) and rescued, and he exonerated Bill and Liam!

BOLD Spoilers – Bill Spencer’s Cover Up And Prison Experience Taught Him Not To Lie!

If there’s one thing Bill learned from trying to cover up Vinny’s death and barely got out of prison by the skin of his teeth, it’s not to lie!  It seems that two of the Logan sisters are getting lost loves back, so why not Katie? It’s still not set in stone who Ridge ultimately chooses between Brooke and Taylor Hayes (Krista Allen) but it looks like it will be Brooke. Donna Logan (Jennifer Garies) is getting Eric back while Quinn returns to Carter. It makes sense that Katie will give Dollar Bill another chance and they’ll reconcile!