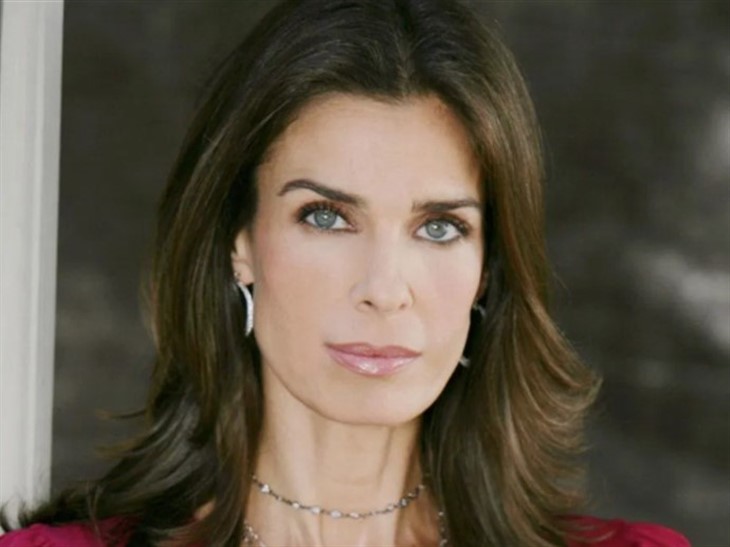 NBC Days of Our Lives comings and goings reveal that we are getting close to seeing Kristian Alfonso make her last appearance on the NBC soap opera. There is also some information on what happens to her character, Hope Brady. Get out the tissues because it is going to be heart-wrenching and devastating.

DOOL comings and goings reveal that Kristian announced she had left the soap on social media. She simply stated that when everyone went back to work in September, that she would not be one of them. It was assumed at the time that she had already filmed her exit scene. However, we would eventually discover that Kristian didn’t finish filming her scripted scenes. So, it will be interesting to find out how writers will explain Hope’s sudden disappearance.

In the new issue of Soap Opera Digest, it was announced that Kristian’s final air date is on October 14. It will definitely be a very sad day for fans because the actress has been part of the soap for nearly 40 years.

Days of Our Lives comings and goings reveal that during the week of October 12, Shawn Brady (Brandon Beemer) will have new evidence. He hands a large envelope to his mother and she braces herself for the truth that is inside. Even though Hope believes that Ciara Brady Weston (Victoria Konefal) is alive, the new evidence suggests it’s not possible. Hope will be devastated and we will see her mourn the death of another child.

DOOL Spoilers – Other Days of Our Lives Comings And Goings

It has been confirmed that Casey Moss is coming back as JJ Deveraux. It should be interesting to find out what brings him back from South Africa. Then, there is Ava Vitali (Tamara Braun), who was killed by Joey Johnson (James Lastovic). If she’s not really dead, then maybe we will see Joey finally get out of prison. She also might have something to do with Tripp Dalton (Lucas Adams) being accused of rape. Could Ava decide to punish Allie Horton (Lindsay Arnold)?

No dates for either return have been released yet. However, it was stated that JJ and Ava will appear this fall. So, we should be seeing both of them in Salem very soon.