Days Of Our Lives (DOOL) Spoilers: Kristian Alfonso Has Moved Forward In Her Career – Here’s What She’s Doing Now 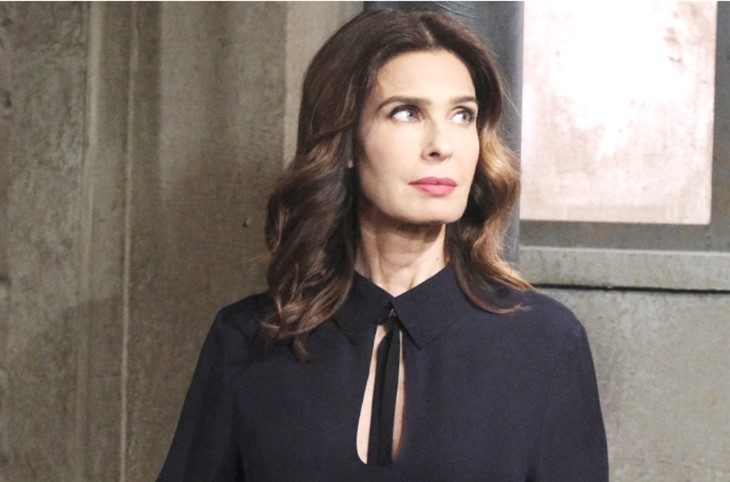 Days of Our Lives (DOOL) spoilers and updates reveal alum Kristian Alfonso (ex-Hope Brady) has moved from the fictional town of Salem that she once called her second home with new projects in her life. And while there’s no doubt that fans would love to see Kristian back on the canvas, she’s got two new movies with the Lifetime Network that will be coming out soon – All That Glitters and Hidden Jewel. Here’s what she has to say.

Speaking to Soap Opera Digest, Kristian says that she had a feeling that she would be leaving DOOL during the same time that the Lifetime Network had called her in early 2020. She said,

She went on to say that during the entertainment industry’s shutdown from the coronavirus pandemic back in March 2020, she decided that it would be best to move forward with her new Lifetime projects, without having to look back at everything she had done in Salem. And that’s not because she didn’t want to, it’s because she spent so much time on the set of the show – 27 years to be exact – that she thought it would be best to rip off the band aid fast, as they say, and start a new chapter in her life and of course, her career.

Kristian went on to say that when she got the call from Lifetime, she had also decided that leaving Days of Our Lives would be for the best. She recalled, “After I got home and wiped away some tears, I started reading the scripts immediately.”

Now, whether or not Kristian will ever return to DOOL remains to be seen but for now it’s good to know that fans can’t wait to see her in her two new Lifetime roles. We are keeping our fingers crossed that there will be more!