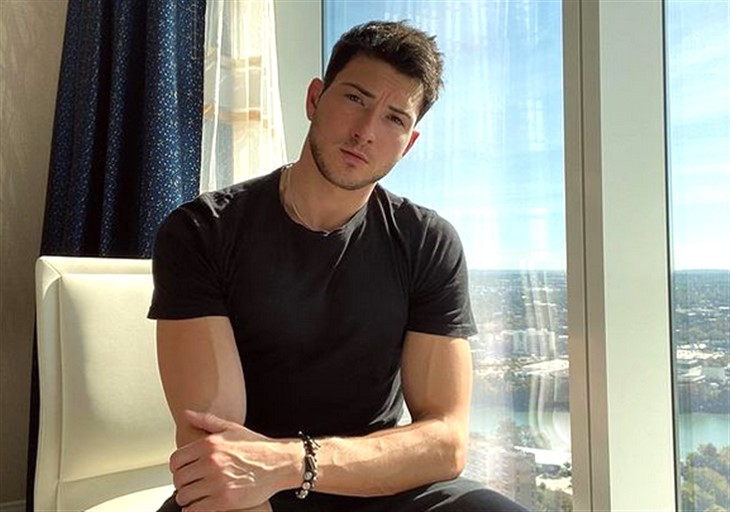 Days of Our Lives Robert Scott Wilson, who plays Ben Weston, was thrilled with the scenes between himself and Deidre Hall as a possessed Marlena Evans. Here’s what Rob says about the interaction.

Days Of Our Lives – The Christmas “Deidre Devil”

Days of Our Lives Wilson says that the Christmas episodes are really wild. Wilson finds the Christmas episodes to be some of the funnier ones to date. Robert laughs about the Devil bursting into the Horton house and having the two huge torches. According to Wilson, it was a chore just to keep those torches lit while Deidre was doing the scene. Of course, fans have already seen these episodes and realize that although the story was a serious storyline, the devil’s lines got very funny at times. Marlena burning the Christmas angel and Julie Williams (Susan Seaforth Hayes) coming back at her with a fire extinguisher was a belly laugh moment for some viewers.

Days of Our Lives Robert says that although Deidre was doing some funnier parts of the storyline, she still took precautions since the episode was essentially desecrating the Christmas tree and an angel. According to Wilson, Hall even brought holy water and passed it out to everyone for protection because the storyline was so intense. Perhaps even though Deidre knows this is acting, she could be just a bit superstitious as well. However, with the cast protected, the show must go on. Now the possession has passed onto someone else and Marlena is running around town trying to make amends.

Ironically, it seems that Ben and Ciara Weston (Victoria Konefal) are the most accepting of Marlena’s apology. Perhaps others, including Kayla Johnson (Mary Beth Evans), may not be so nice.