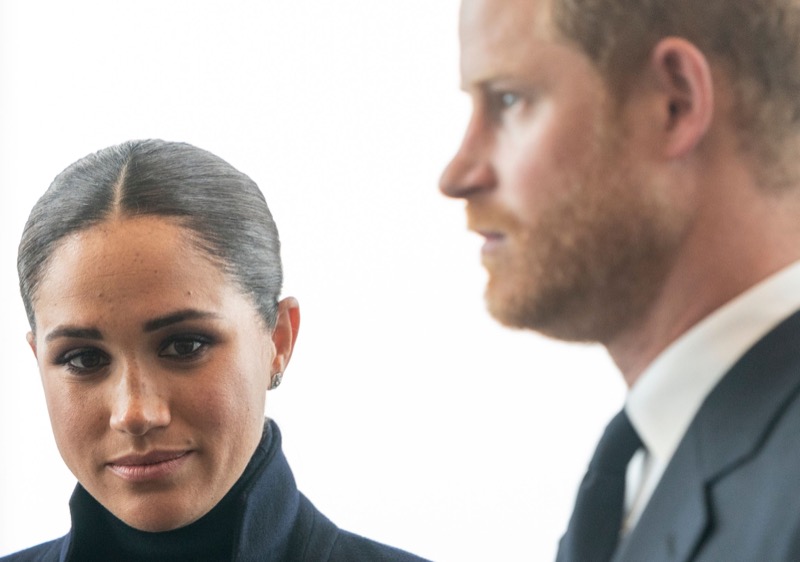 British Royal News says that it doesn’t look like things went well between Prince Harry, Meghan Markle and the rest of the royal family while they were in London for Queen Elizabeth’s funeral. Rather than heal the rift that’s between the Sussexes and the rest of the royals, it seems like the opposite had happened. That’s because the Duke and Duchess of Sussex have just gotten demoted on the official Royal website. Here’s what you need to know.

According to reports, Prince Harry and Meghan Markle have been officially demoted – yikes! Eagle-eyed fans have noticed that Harry and Meghan’s pictures were pushed all the way down to the bottom of the list of the Royal Family’s website. To make matters worse, their pics are right next to the disgraced Prince Andrew’s.

Clearly, King Charles III is not playing around. He’s also making it pretty clear that you can’t have one foot in the door and one foot out when it comes to the royal family.

Of course, many royal fans and critics alike weighed in on the matter on social media. Some comments have included, “Harry and Meghan should has been taken off the website the day the Palace announced that they weren’t returning as working royals. They don’t represent the Crown so they shouldn’t be there,” along with, “The Crown spends way too much time thinking about Harry and Meghan that’s why they haven’t accomplished anything since they left. They even messed up the funeral invitations that they have been planning the past 10 years, poor princess Mary.”

British Royal News – What’s Next For The Royal Family?

Another critic wrote, “Charles has always been a loser but seeing how he is like a pig who loves to roll around in his own slop has been enlightening. The only winners in this race are Meghan and Harry. That is it. Charles has double down on bitchiness, snobbery, racism and elitism. A man who was recorded saying that he wanted to be a tampon so that he could be with his adulterous lover has the gall to judge. Whew. What a life.”

So far Buckingham Palace has not made any comments about the matter.