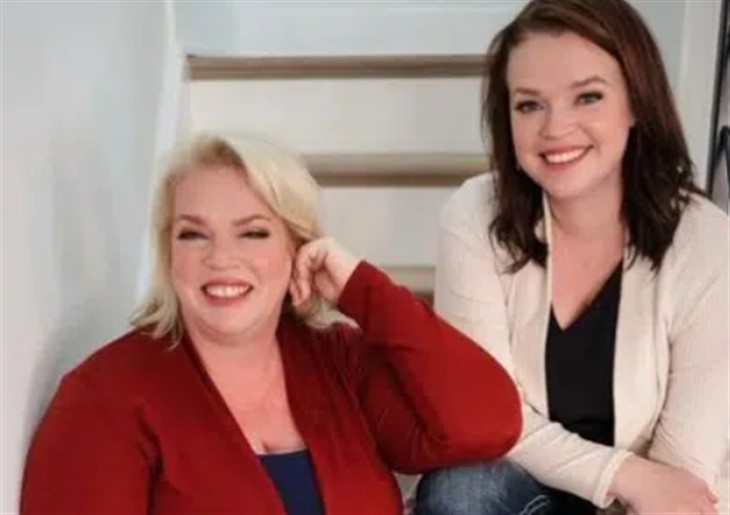 Sister Wives stars Maddie Brown Brush and her mom Janelle Brown, are not unattractive women. So, when they polished up for a black-tie event this week, fans thought that they looked gorgeous. Kody’s second wife posted up a photo when they attended an Ignite 2022 function. Of course, TLC fans noticed the strong likeness between the two women.

From loving the Farmers’ markets to growing their own herbs and vegetables, Maddie and Jannelle enjoy similar activities. Additionally, both of them raise nice kids and seem like good parents. Then another similarity seems to be that they are both hard workers. Bear in mind, that Maddie studies in the medical field while Janelle did real estate. These days, they both market wellness products from Plexus.

From a series of updates by the Sister Wives stars, Maddie started working with Plexus first. When she persuaded her mon to sign up for it, both of them talked about how they looked for something to help them feel good. Later, Christine Brown joined. So, perhaps she followed Janelle into it. However, Christine seems to push the products a lot harder, which attracted some criticism from TLC fans.

When Janelle shared a photo of herself with Maddie on June 21, she said they attended a special function. In her caption, she wrote, “@madison_rose11 and I at the Black Tie Gala tonight at the Plexus Convention #Ignite2022.” So, how important is that for the reality TV stars?

It looks like the Sister Wives star probably attended the Black-Tie Gala that took place on, June 22 in Columbus Ohio at the Greater Columbus Convention Center. Actually, it looks like they could have attended it virtually, but opted for in-person attendance. According to the Plexus convention’s website, it’s an “educational training conference for business.” Mind you, not too many fans asked about that as they were blown away because the two ladies looked drop-down gorgeous.

TLC – Fans Comment On Gorgeous Ladies At The Black-Tie Gala

Sister Wives fans took to the comments to talk about how good Maddie Brush and Janelle Brush looked. One of them wrote, “Beautiful 😍Ladies 😍😍😍.”

Another impressed follower said, “Looking gorgeous!” Plenty of similar comments followed like “Y’all look BEAUTIFUL!! ❤️😍🔥,” and “You ladies look great!!! Love the colors on both of you!”

What do you think of the two women polishing up so well? Do, you agree that they looked gorgeous at the black-tie gala event for Ignite 2022? Sound off your thoughts in the comments below.