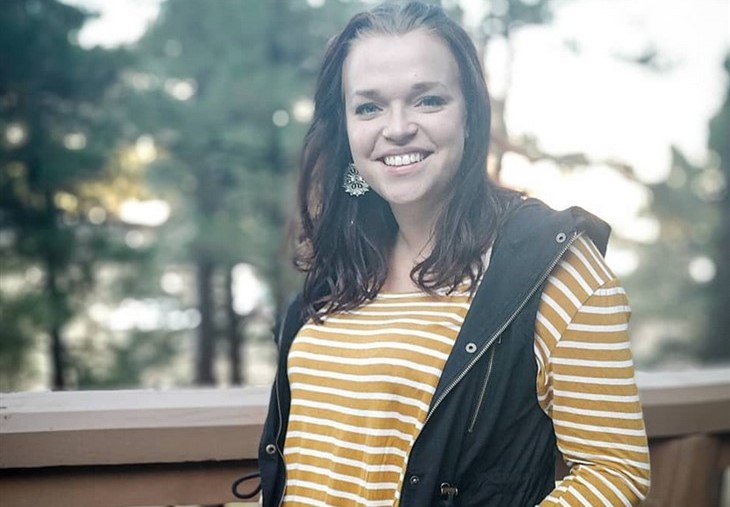 Sister Wives star Janelle and her daughter, Maddie Brown Brush seem very much alike in personality. Both of them raise children, and they also look exactly like mom and daughter. Well, there are other common interests, and they both market Plexus products. On June 14, Janelle’s daughter took to her Instagram Stories and shared that she takes great joy from something that her mom also loves.

TLC fans know that Maddie and Caleb moved to North Carolina. When TLC fans saw that Kody and Christine split, they hoped that Janelle might also take off. After all, she adores her grandchildren, Axel and Evie-K. Naturally, Janelle misses her grandchildren in North Carolina, so she visits them as often as she can. It’s not clear quite where she stands in her relationship with her spiritual husband, but fans know that Maddie married a loving and caring family man.

Sister Wives fans also know that Caleb, the kids, and his wife moved into a nice big home. Whilst Maddie and her mom are very close and share common interests, they differ in respect of their homes. Spoilers revealed that Janelle plans a move back to the property at Coyote Pass this summer. While Maddie lives in a home with a big garden and more than enough space for her half-sister Ysabel to live with her, her mom makes do in a small RV. Recall, that she used to rent a house and loved nothing more than harvesting herbs and veggies from her garden.

Sometimes, when Janelle visits North Carolina, she posts up photos of herself out with family at the local farmer’s markets. She adores going to them, and so does her daughter. Well, now that she lives in a  house with a big yard, like her mom, Maddie loves harvesting fruit and vegetables. So this week, she seemed delighted to discover that they have some “raspberries!” In her post on Stories, she also revealed some of their harvest from the garden. 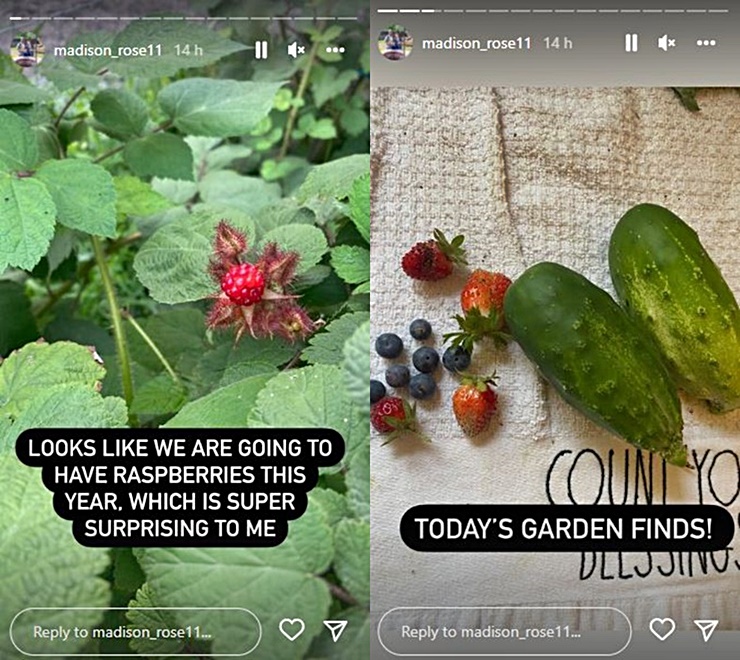 Sister Wives fans also saw that Maddie has cucumbers and blueberries in her garden, as well. As she likes being a homemaker, probably, the kids can look forward to some jam or pie this summer! Perhaps she will make something delicious and post it up on social media. After all, she and her mom seem alike and Janelle often shares the food she finds or her efforts in the kitchen.

Sister Wives fans across the world suffer from rising food prices at the moment. So, harvesting her own fruit and veggies from the garden makes economic sense. Additionally, it’s common knowledge that gardening’s good for mental health. Not to mention, that the harvest brings healthy snacks without shopping in malls that tempt with unhealthy options.