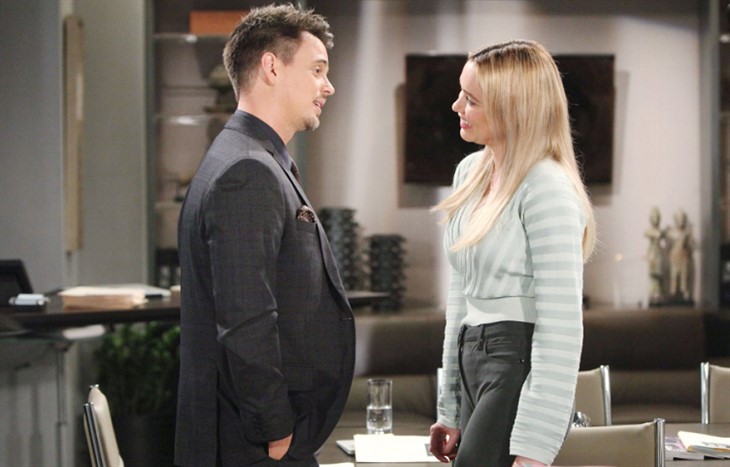 The Bold and the Beautiful spoilers document that Wyatt Spencer (Darin Brooks) and Flo Logan (Katrina Bowden) were rare sights to be seen, either individually or as a couple during the second half of 2021. Fans of both actors and the pairing their character’s formed are not so patiently waiting for a new storyline as 2022 begins.

Wyatt and Flo were seen in recent months discussing Quinn Fuller’s (Rena Sofer) love life. But the connection with Carter Walton (Lawrence Saint-Victor) did not involve much interplay between Wyatt and his mother, which felt odd.

The extension of Wyatt and Flo’s non-married status also does not fit either person’s backstory. These high school sweethearts need to tie the knot.

Bill Spencer’s (Don Diamont) foolhardy attempt to cover up Vincent Walker’s (Joe LoCicero) hit-and-run put Diamont’s character and Liam Spencer (Scott Clifton) behind an unnecessary legal eight-ball. They ended up behind bars and were only released due to Thomas Forrester’s (Matthew Atkinson) endurance and unexpected honestly, along with Hope Spencer’s (Annika Noelle) bravery.

Wyatt was tasked with supposedly running Spencer Publications while the above was playing out. He was not up to the task and somehow missed Justin Barber’s (Aaron Spears) duplicity.

The Logan’s had a change of heart and welcomed Storm Logan’s (William deVry) daughter back into the family, following the falling out that was linked to the Beth Spencer (Madeline Valdez and River Davidson) reveal.

Hope included Flo in the Hope For the Future division, and all seemed to be doing swell. Every character at Forrester Creations has plenty of time to conduct personal business, which allows them to be seen chit-chatting about any number of topics regularly.

The Bold And The Beautiful’ Spoilers – So, where has Flo Fulton Been During Recent Months?

Despite all of the trouble Quinn creates in her personal life, she is a good mother to Wyatt. Brooks’ character has acknowledged that on various occasions and made a pitch in the recent past for his stepfather, Eric Forrester (John McCook to forgive Quinn.

Shauna Fulton (Denise Richards), who has also not been on screen that often, likely because this character is tied to Flo, agrees with her longtime friend from Las Vegas, Nevada. Like Quinn, she has long recognized that Wyatt and Flo are an ideal match.

So, the new year is past time for Wyatt and Flo to tie the knot. They need to marry and start a family on B&B.