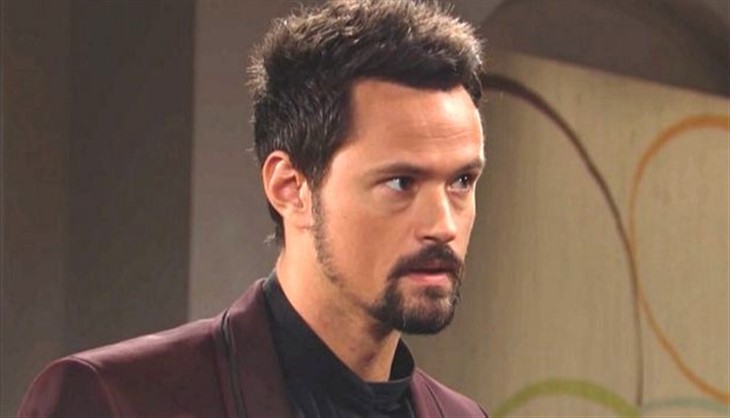 The Bold and the Beautiful (B&B) spoilers reveal a very bad week for Thomas as everyone now knows that he is the one who made the CPS call and nobody is happy with him at all.

When Thomas Forrester first decided he was ready to have Douglas Forrester (Henry Joseph Samiri) as a huge part of his life again and have him live with him half the time, he was genuine in his desire and never meant to hurt anyone.

He also never realized that Brooke Logan (Katherine Kelly Lang) would be so dead set against it, despite the fact that Hope Logan Spencer (Annika Noelle) understood his point of view. And, he definitely had no intention of using the Douglas situation to get his parents back together, but he had the opportunity and took it.

However, it was Brooke’s reaction and his insistence that Thomas would always be Thomas that led him to do what he did, according to Matthew Atkinson.

“He was actually taking a backseat to what Steffy was doing,” Atkinson said in the December 12, 2022, issue of Soap Opera Digest. “Then, the situation arose where Brooke threatened to call CPS on him. She spent six months talking about how he hasn’t changed at all, and every person gets to a breaking point and that was Thomas’s.”

B&B Spoilers – Thomas Forrester Has To Deal With The Fallout

Despite his reasons, what Thomas did was wrong and his family is not going to let him off the hook easily. In fact, Ridge Forrester (Thorsten Kaye) is so angry that he fires Thomas from his job at Forrester Creations.

“Thomas suspected this was coming and he’s willing to face the consequences,” Atkinson told Digest. “He has really been trying to get better, but in this situation, he gets what’s coming to him. He’s ready for the fallout but I do think he’s sick and tired of being the one who screws up.”

Of course, Hope is also livid with him and that will cost him Douglas. Thomas gets that he messed this one up and let’s Hope the next time he fixes himself, it will be for good. Stay tuned to The Bold and the Beautiful weekdays to see how this story plays out.