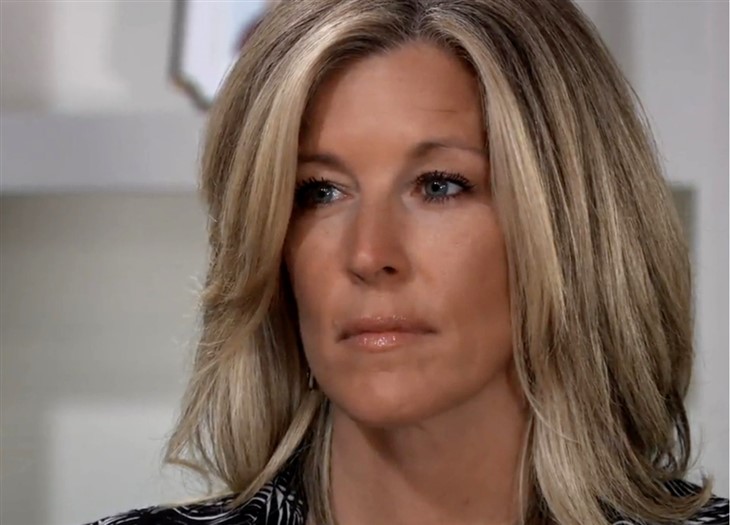 General Hospital (GH) spoilers for December 5-9, 2022, reveal Carly proving that she was never really enlightened in Florida and Cody learning he might have wanted to tell the truth after all.

It seems too good to be true. Drew Cain (Cameron Mathison) actually has a lead on Willow Tait’s (Katelyn MacMullen) birth parents. Carly Spencer (Laura Wright) is immediately freaked out because she can’t have Willow ever learning that Nina Reeves (Cynthia Watros) is her real mother for selfish Carly reasons.

Carly quickly convinces Drew not to tell Willow anything about this until he is sure. Why get her hopes up if it’s a dead lead? Drew completely believes in everything that Carly says so he listens to her. Bad move, Drew. As soon as Carly is alone she starts manipulating the situation to make sure Drew’s lead comes up empty. Carly will never, ever learn and it will be beautiful when this comes back to bite her, as we know it will.

Cody Bell (Josh Kelly) is also a lying liar who lies, which is exactly what he did to Mac Scorpio (John J. York) right after learning that the diamond necklace he found with Britt belonged to Leopold Taub and is worth $35 million.

When Mac and Cody run into one another, they sit down to share a few drinks and Mac tells Cody that the necklace is now missing thanks to Holly Sutton (Emma Samms). Cody is in shock and is also disappointed that his payday may not happen. Will this be enough to tell Mac that he really is his son? And how will Mac feel about that at this point?

Valentin Cassadine (James Patrick Stuart) is back on Anna Devane’s (Finola Hughes) case now that he is done making Sonny Cortinthos business offers. He realizes that Mac and Felicia Scorpio (Kristina Wagner) may have some information on clearing her name and he demands that they tell him what is going on.

As for Hamilton Finn (Michael Easton), he is really getting annoyed with not knowing what is going on in Elizabeth Webber’s (Rebecca Herbst) life, so he makes his own demands and is left in shock. Does he find her with Esme Prince (Avery Kristen Pohl) in the tower? Stay tuned to General Hospital weekdays to see how these stories play out.