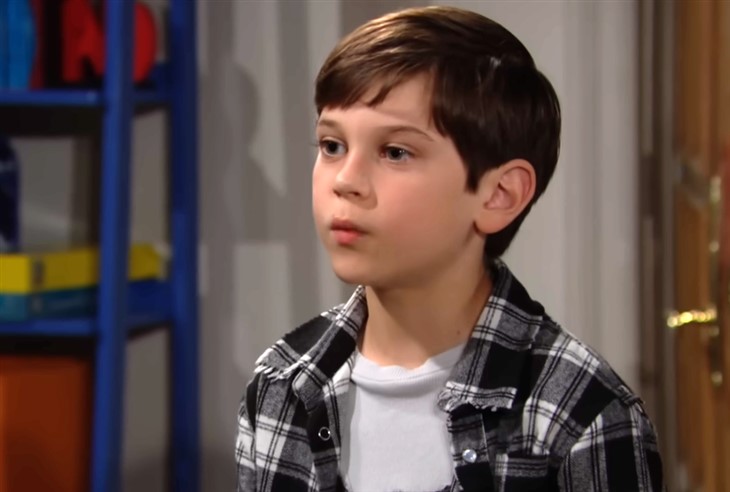 The Bold And The Beautiful spoilers indicate that Thomas Forrester (Matthew Atkinson) has been forcing Douglas Forrester (Henry Joseph Samiri) to be quiet about the CPS call. Douglas discovered that his father framed Brooke Logan (Katherine Kelly Lang) and wants to truth to come out. Will Douglas expose his father’s lies?

The Bold and The Beautiful spoilers reveal that Douglas has not deleted the voice app or the calls that Thomas made from his phone. However, Douglas is trying to keep his phone hidden from his father as well. Douglas knows that what Thomas did was wrong and may be sitting on the phone until he decides what to do about the app.

Douglas could be playing with the phone and someone overhears the recording. After all, Douglas has been struggling with a solution for some while, however, he is still confused. Could Douglas decide to listen to the messages once again before deleting them? Could someone overhear what is on that phone and use it against Thomas?

Douglas could expose the whole plot by making sure Brooke gets this message. Will Brooke come rushing over to protect Douglas when that call comes through? Could Brooke rush into the wedding and expose Thomas’ dirty deeds in front of the whole family? Brooke isn’t about to not play this recording for Ridge. How will he take what his son has done?

The Bold And The Beautiful – Brooke Logan And Taylor Hayes Argue

It seems that Brooke Logan And Taylor Hayes will once again have some heated arguments. Thomas is likely to be the subject of them. However, Douglas has the evidence to clear his grandma Brooke’s name. Could Douglas hear his grandmother arguing and defend Brooke to Taylor? Perhaps Douglas will even blurt out that his dad made those calls.

Douglas is fed up with being expected to lie and wants the truth to come out. Douglas has both recordings of that call to prove who made it. Will Douglas expose his father’s lies to prove Brooke’s innocence?